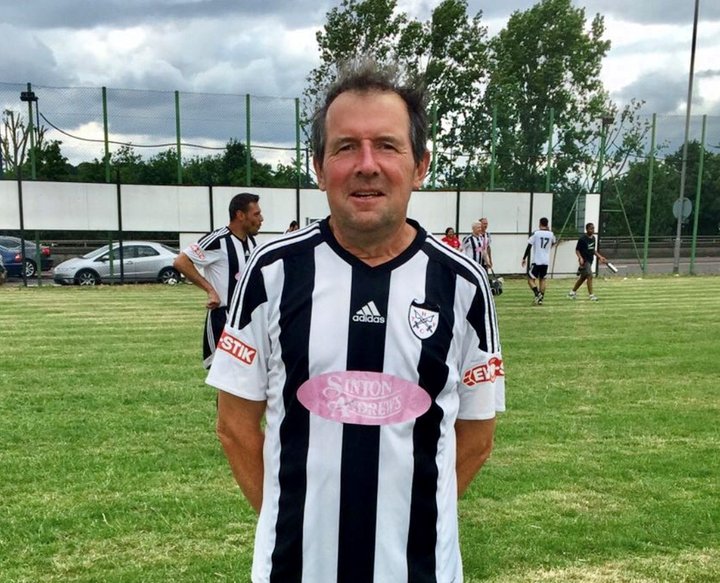 Glyn Jones takes us to Hanwell Town, hopes for a cup run, and sings the praises of goalscorer and handyman Gareth Chendlik

We’re off to the Pitching In South Central Division, where Glyn Jones tells us about his hopes for Hanwell Town.

I’m really looking forward to the start of the season. It will be great to get back up and running.

I think the way that clubs adhere to the guidelines will affect how much time I would spend in the grounds. Certainly I hope to attend as many games as possible.
.

Two backs-to-the-wall one nil wins at Tooting and Mitcham United and Barking. The Tooting match saw an early penalty give us the lead, and it was another penalty, early in the second half, that did the job at Barking.

The FA Cup defeat against Staines Town. We played with 10 men for most of the game, missed a penalty at 2-2 in the last minute, and then Staines scored immediately to knock us out.

Hopefully the play offs. We’ve kept the nucleus of the team that did so well last season.

The FA Cup and FA Trophy matches, for the chance to visit new grounds.

Tooting and Mitcham United, a large ground with a great atmosphere.

Make a day of it. It’s twenty minutes to Central London from nearby Perivale tube station, and there are lots of places of interest around Ealing. We’re one bus from Ealing Broadway station where the central, district line and TFL rail all stop.

I’ve got a few- but it has to be Gareth Chendlik. Over the lockdown period he spent hours at the club improving the facilities. He also ended the season as top goal scorer!