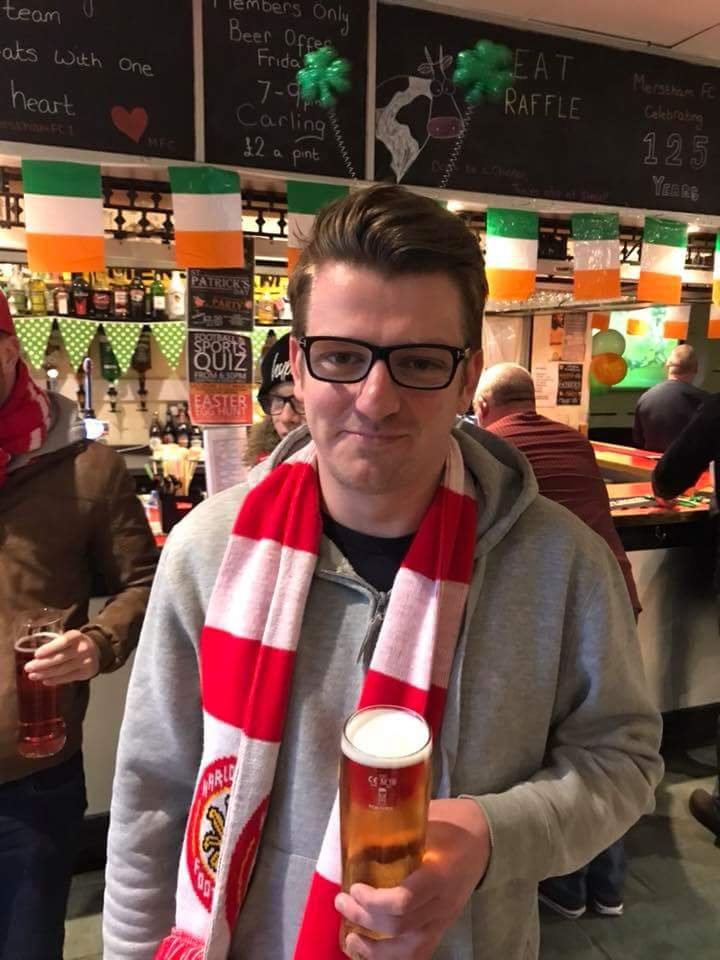 It's time to shout "Hey Arnold," as Ross gives us a tour of Harlow Town

We’re back in the Pitching In South Central, where we visit Harlow Town courtesy of Ross Arnold.

1. How do you feel about the return of football?
Absolutely buzzing. Having been at work all through the lockdown but not being able to do any of the fun stuff, it's nice to have football back and see some faces that I only see at the games.

The main concern for me is away games. My group tend to head to pubs in the local area beforehand, but different venues will have various rules, so I worry if it might dampen the experience. We usually get to the ground about ten minutes before kick off, so that isn't a huge concern.

Exciting moments were few and far between for Harlow! Hertford away was a great day though. It was our biggest away crowd for a long time and a local fixture meant we were able to experience the pubs and bars before and after the game!

It wasn't necessarily a single moment, but just the fact of being in a lower quality division and being rooted in mid table was fairly miserable. It never really felt like we were playing for anything. I think in a strange way it's better to be in a relegation battle than be in mid table as at least you have something to get up for.

The team has looked very promising so far in the friendlies and the FA Cup, so I hope that we will be amongst the play off contenders come the end of the season.

The likes of the aforementioned Hertford, Ware and Romania (Cheshunt) have their appeal, mostly because we should take more people and create a bit of an away day atmosphere. Tooting and Mitcham is the other as I love the big terraces there. The last time we played there we ended up standing with and cheering on Tooting because they needed to win to stay up and we were safe. Hopefully they remember that!

Certainly none of the ones in this division that's for sure! Ours is the best by a country mile. I'd have to go with Sudbury's. Great facilities and lovely people. Think we have them in the Trophy actually.

Stortford is often mentioned but I don't think they really care too much. I'd be more inclined to say someone like Brightlingsea or Phoenix Sports.

Make sure you buy a programme... I write in it every so often. Also sample standing in the terrace - a great view of the game.

Has to be Craig Pope. Death or glory sort of player, on and off the field.