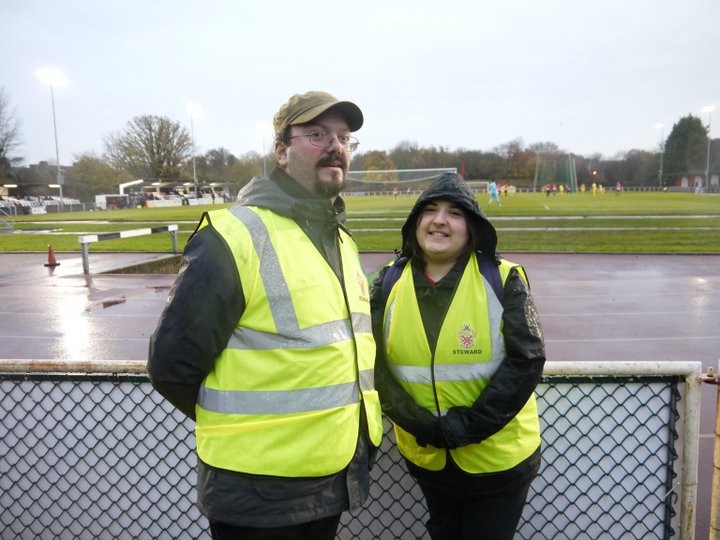 We're taking the District Line and heading to visit those lovely Urchins at Hornchurch FC, in the company of Peter Hay.

On this occasion we’re off to the home of the Urchins, as Peter gives us a tour of Hornchurch, where he volunteers as a club steward.

It’s been a long wait to finally get the chance to see some football again, and I believe it is the right decision to take to ensure that Non-league clubs can start to have supporters coming back through their doors. Without Supporters many clubs would cease to exist, but we also have to remember this pandemic has cost a lot to us in human lives and the economy so must not take things for granted, but remain cautious.

I fully hope to be at as many home games as possible this season, and to attend any other events that may be put on if they can run them safely.

I think we had several fantastic moments last season that the supporters can be proud of. The 6-0 win at Worthing, the 6-0 win at home to Kempston Rovers, the George Saunders goal direct from a corner to name a few. My favourite moment that I was there to see would be the 2 matches we played against Oxford City in the FA Trophy; both ended in draws and the Urchins won the penalty shootout. What made it my favourite was how the whole squad contributed to those games and in both matches the team had to come from behind. It showed they could compete at a higher level and that the team had a real inner belief in itself.

Covid 19 and the fact the season was brought to an end early. Hornchurch were 3rd in the table but the top two both had to come and play at our ground, and the team were on a roll, looking really good to challenge for the top spots. Supporters of the top 5 clubs were robbed of what was shaping up to be an exciting end to a great season of football.

It’s really hard to say. It seems most of the top teams from last season have kept their teams together, so it’s likely we will see roughly the same teams at the top. On that basis I would say at the very least the playoffs.

As many home games as possible. We have great home support that is continuing to grow and it makes for a good atmosphere. Ideally, I would like to get a few trips in away to some new grounds too- as well as a few grounds that I like to visit.

In recent years it’s been the Dripping Pan. It is an easy train or coach ride from London, and Lewes is a historic town has some lovely pubs that are near to the ground. It makes a fantastic day trip.

I especially enjoy a great ploughman’s lunch in The John Harvey Tavern opposite the Harvey’s Brewery.

We don’t really have any local rival in the league at the moment, but historically speaking it would have to be Romford or Dagenham & Redbridge, and whenever we do play them it adds extra tension to the atmosphere.

Come early as we usually have the bar open with a game on the TV if there is one. Also we have lots of local pubs and restaurants to drop into or meet up in. If you’re travelling in by train then best use the main line from Fenchurch Street into Upminster or change from District line at Barking onto a mainline train. It’s not far to walk from the station and you can stop off on the way. You can also use the District Line all the way out to Upminster Bridge and walk down to the ground from there.

10. Who is your favourite player of all time (for your club)- and why?
For me there are two players who really stand out.

The first is our record goal scorer George Purcell. Whenever he was on the pitch you knew he could produce a bit of magic to turn a match around, and it’s a pleasure to watch his goals back and remember some fantastic matches over the years.

The other player is Elliot Styles, who was an excellent ambassador for the club and non league football and a club legend who was a solid rock in the squad and a real leader as club captain. He is a real inspiration for any player at this level and will always be remembered for his heroic leadership and determination on the pitch.

Pitching In Isthmian Supporters Predictions 2020-21: Chipstead  Trevor takes the High Road (by car!), and introduces us to the world of Chipstead.