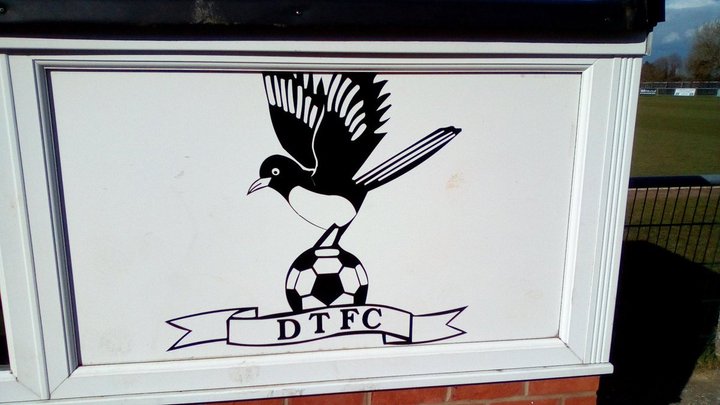 We asked supporters of our Isthmian League clubs to preview the new season, reflect on the old and predict the final outcome.

We’ve closed all the votes and published the final predicted table, but we’ve just received this from Greg Bell, who is representing Dereham Town, and thought you'd like to see it.

I can’t wait, we had a good pre-season and the squad looks strong. Dereham Town is an important part of the community, and it has given a lot of people a chance to socialise safely , after a long period at home. Football represents more than kicking a ball around for 90 minutes, so it is a relief , and extremely exciting. COYM!

Government guidance is constantly changing, and as long as spectators and players, as well as volunteers and committee members continue to enjoy football safely and accept responsibility and respect others, the game will continue. I will continue to safely distance, and wash hands and follow direction from whichever club I visit, but, as long as I feel safe to do so, I will attend as many games as before.

As far as clubhouses go, at the moment I will enjoy the Autumn weather , but as winter approaches, I will have to wrap up!

There were many huge moments for Dereham Town last year. Our local County Cup threw up some huge results and big wins for us- and we also had some outstanding individual performances, and acquitted ourselves well against some strong sides.

The game and performance which stood out the most , however, was our home game against Romford. We were on a good run leading into it, and were confident, however this was the time Glen Tamplin took over and had signed a lot of players from higher leagues, and social media and even Sky had picked up on the story.

We needed 3 points at the time, to keep our run going and keep in touch with the playoffs. We played an outstanding team game, we were dangerous and I think we shocked our opponents. Our skipper Dave Hinton, played a real captain’s game, and when we scored the 3rd it felt like a weight had been lifted, and a lot of fans felt drained at the final whistle.

I think the FA cup exit. We played Needham from the tier above. 1-0 up with 10 minutes left, in a game that we had dominated at home. The heartbreak of the last minute equalizer was palpable. We knew it would be a huge ask in the replay, and despite a spirited effort, we went out in a tight 2-1 defeat. But I think that the fact that this is the WORST part of the season means that the management and players performed well, and gave us very few disappointing memories.

Obviously the voiding of the season was a shame, which means we lost our Norfolk County Cup final. But this was beyond our control and many clubs felt it worse than us.

I am really confident, and think that the playoffs are a real possibility. We are well run, well drilled, and have created an atmosphere which has meant only two players have left. Retaining and strengthening our squad has been incredibly encouraging , and our focus on teamwork, bonding and aggressive football will see us perform better this year.

Also, an FA Cup run would be amazing, but I can also see another County Cup success.

In the league, there are a few games I look forward to, Bury away as it’s our closest rivalry, but there are some others who provide a warm welcome. Great Wakering are probably the friendliest staff, and really make you welcome, but the banter with the Tilbury fans is always good fun, they used to visit us in big numbers too.

As well as these games, I will be optimistic and say I’m looking forward to seeing us in the FA Cup 1st Round proper!

7. What is your favourite away ground?
As I said before, there are some venues I look forward to- but as grounds go, I enjoyed my 2 visits to Histon/Cambridge, the ground is impressive, and not too far! But the one I like visiting for the clubhouse, facilities and venue is AFC Sudbury. It has a real community club feeling.

Bury Town. Not only due to the short distance, the Norfolk / Suffolk border is between us and the games are always hard fought.

Anyone visiting Aldiss Park for the first time will find a friendly warm welcome, and there will be a Covid friendly sensible approach to the current situation. If you are an away fan, my advice would be make a day of it, there is plenty of open space around us to enjoy, and as long as government and situational criteria is met, there are some nice eating and drinking venues nearby in a safe environment with fresh air and free parking!

Its best to drive, as we have ample on site parking, but there are also bus links to the ground from Norwich station as well.

10. Who is your favourite player of all time (for your club)- and why?
It’s one of our current players. Rhys Logan. He has been with us for years and has had opportunities to leave in the past, but has been loyal, a regular the whole time, and became a firm favourite almost instantly. His fast-paced aggressive approach makes for entertaining football, and he rarely scores tap ins!

We have a much stronger setup now compared to when Rhys arrived, but he has held his place and despite a lengthy injury, has come back strong, and he was badly missed when he was out.

Pitching In Isthmian Premier supporters predictions: The Final Outcome  The Premier people have spoken! But what did they say? Find out here!