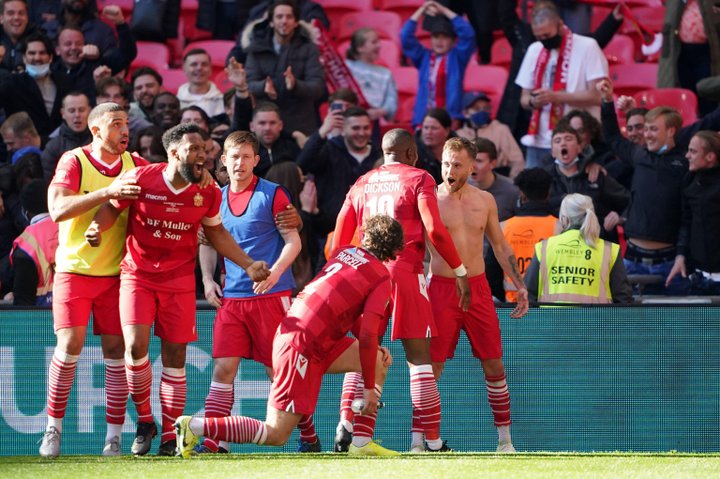 Congratulations to the Urchins!

There are many things in life far more important than football, but if we focus only on our wonderful game for a moment, the last two seasons have been fairly awful- up until this afternoon.

This isn't the place for a match report- after all, you all watched the match! But we're so, so proud of Hornchurch, who in defeating Hereford managed to slay their SEVENTH giant of an amazing FA Trophy run- an even greater achievement when you consider that it is more than SIX MONTHS since the Urchins last had a league match!

Congratulations to the players, the manager and his coaching team, the board, the volunteers and the supporters. You did the Pitching In Isthmian League proud- enjoy your triumph!

See you in August!

Image courtesy of the Non League Paper- who will bring you that match report tomorrow!

 The morning after the night before! We suspect that Hornchurch's FA Trophy winners have only just gone to bed, but for the rest of us, here are the highlights of their triumph!

It's National Urchins Day!  Hornchurch will walk out at Wembley in the FA Trophy Final today. Here's how they got there.