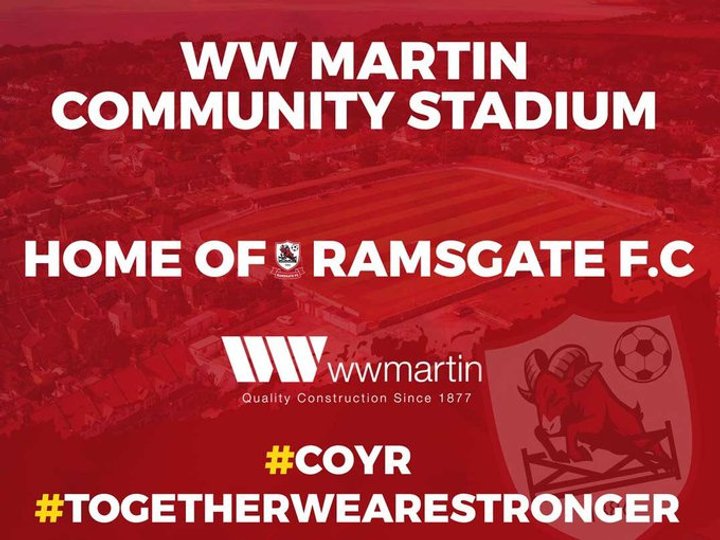 Pitching In Isthmian South East side Ramsgate today announced that their Southwood Stadium would no longer be so named. Instead it will be called the WW Martin Community Stadium.

WW Martin, a construction company who have been in that industry for one hundred and forty four years, have signed a two year sponsorship deal with the club.

“To see the stadium named after WW Martin is very special and we are very proud that Ramsgate FC have made this kind gesture. As a construction company that has been based in Ramsgate since 1877, the Community Stadium is very fitting to the values of our business and highlights the commitment and work of everybody involved with Ramsgate FC."

“The improvements at the club and the ongoing support from WW Martin is fantastic. This new sponsorship agreement is helping us to deliver so much more and we are excited that the new facilities at the WW Martin Community Stadium allow us to have the whole club in one place, bringing a real sense of togetherness for everyone involved at Ramsgate FC.

We have so much planned with the local schools, our own teams and coaches, local companies, and new 5-a-side competitions, this really is an exciting time!”