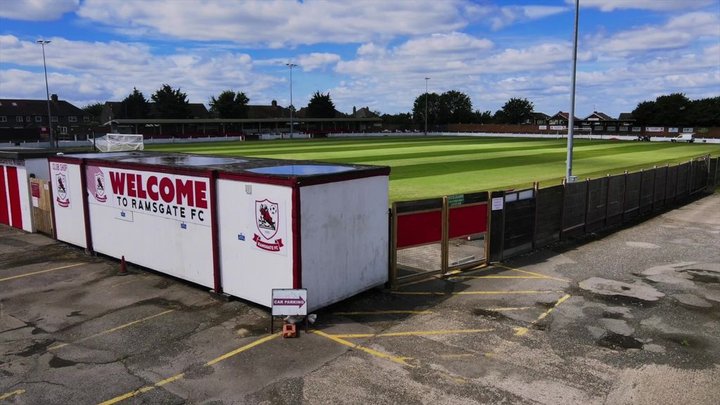 Ramsgate this morning announced the signing of striker Roman Campbell, who ended last season along the coast at Folkestone Invicta. He moved their very late in the campaign, and only managed to appear in stripes once, in the draw with Enfield Town.

Roman played for the Rams last season, on loan from Gillingham, making four appearances in December. He also played twelve matches for Sittingbourne, in two spells, and turned out for Enfield Town and Cheshunt.

He left Gillingham permanently in January.

Read more at the Rams website, including the reaction of manager Matt Longhurst to his new capture.

Sports News!  Bedfont Sports announce who is returning from last season's squad- and bring back a fan favourite