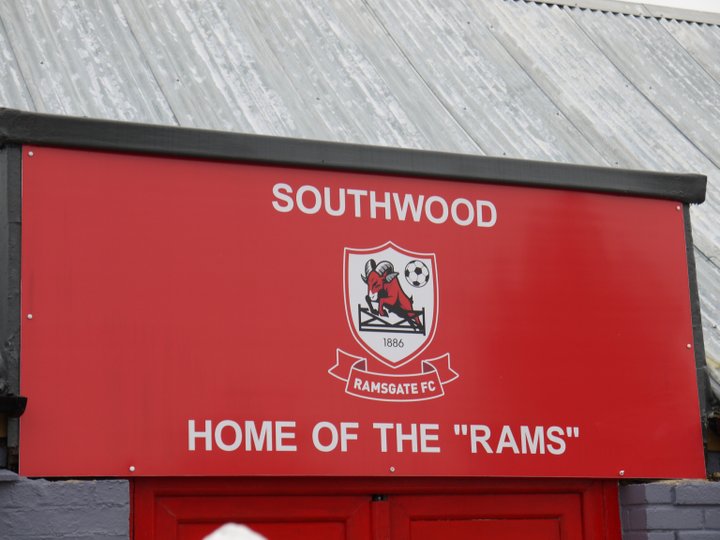 Ramsgate are our charity champions once more

As the six o'clock news claims there are three thousand lorries stuck in Kent awaiting permission to cross the channel, at least one hundred and fifty drivers will have some warm food tonight courtesy of Ramsgate FC.

The Rams, who spent the last lockdown running- virtually- around the Pitching In Isthmian League and donating cash to local charities nominated by our clubs, have now opened their own temporary pizza parlour, especially to help stranded drivers stuck at Manston Airport- which is less than three miles away from the Southwood Stadium. In a Tweet tonight, the club stated:

'We’re looking to donate 150 pizzas to the drivers stick at Manston Airport this evening. 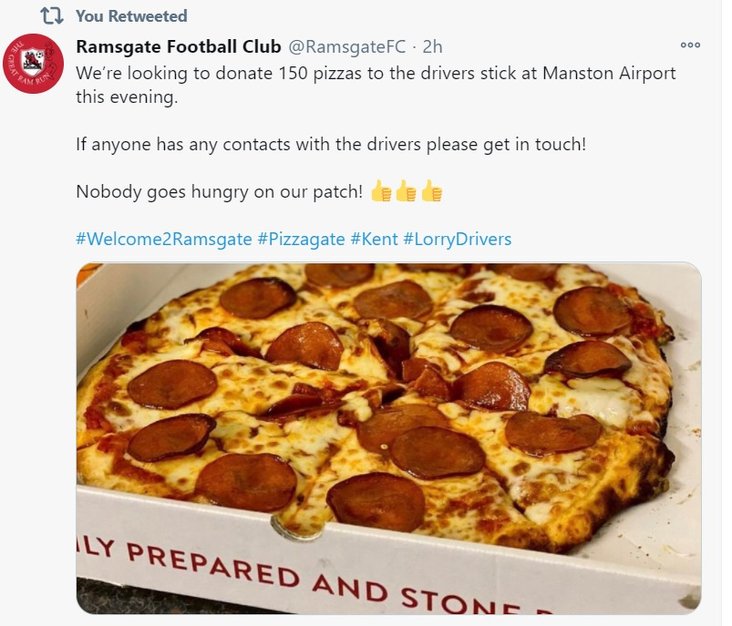 If anyone has any contacts with the drivers please get in touch!

Nobody goes hungry on our patch!'

Well done to the Rams for being community spirited once more.

FA Trophy Fourth Round Draw  The draw for the Fourth Round of the Buildbase FA Trophy involved Haringey Borough, Hornchurch and Maldon & Tiptree. See who they got.