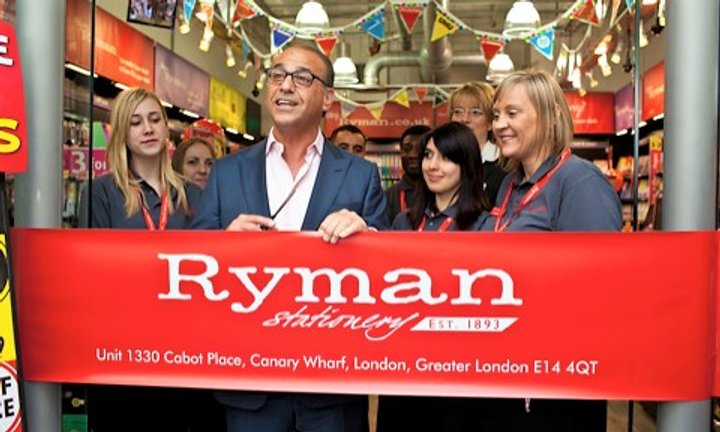 The Ryman League will have a new title sponsor from next season after announcing the ending of the longest running sports sponsorship in UK football.

Extended last term into a 20th season, the Isthmian Football League’s record-breaking partnership with Ryman the Stationer will cease at the end of the 2016-17 campaign.

Negotiations with a replacement sponsor are ongoing and an announcement is expected shortly after the Isthmian League officially confirmed the ending of the Ryman title sponsorship on Saturday night.

Having led the way in sponsorship since securing Rothmans in 1973 as football’s first title sponsors, Theo Paphitis stepped with his nationwide stationers in 1997 and has sponsored the Isthmian League ever since, adding the Ryman Youth League and Ryman Development League as they were introduced. This season, clubs played with specially produced match balls marked with the number 20 to celebrate the milestone in sponsorship.

In addition, two of the Ryman chairman’s other flagship companies - Robert Dyas and Boux Avenue - currently sponsor the League Cup and the Women’s Cup. Paphitis and his businesses have also teamed up with the Ryman League’s 72 clubs over the last two decades to raise thousands for charities and good causes, most notably on Red Nose Day.

Paphitis, pictured opening one his stores, said: “The last twenty years as sponsor of the Isthmian League have created some fantastic sporting memories for me personally, and also for my businesses. It has been a pleasure to have been associated with the league for such a long period of time as grassroots football has always been close to my heart.

“Some of the players who are playing today have only ever known it as the Ryman League, but nothing lasts forever. It’s with a heavy heart we pass on the baton to a new sponsor and it’s been a great honour to be associated with the Isthmian League and all the people involved, both on and off the pitch.”

Ryman League chairman Nick Robinson, said: “It is a sad day but one which we knew would come sooner or later. We are very proud of the work we have done with Ryman and other companies in the Theo Paphitis Retail Group.

“Everyone associated with the sponsorship has been so supportive and the companies have been wonderful to work with over the last 20 years. We have built up great friendships and I know these will not be lost in the future.”

The Ryman League also confirmed a new matchball and benchwear sponsorship partnership with leading international sports brand Mitre from the start of the 2017-18 season on Saturday night. First announced last Sunday to a meeting of the Ryman League’s 72 clubs, Mitre have agreed a four year deal with a one year option.

 Trophy pair prepare to progress! Dulwich Hamlet are heading to Braintree Town while their Ryman Premier rivals Worthing will host Boreham Wood in the last 16 of the Buildbase FA Trophy if they can overcome Sutton United when they replay.

Saturday's Transfer List!  Player movements registered with the Ryman League from Sunday 8 January 2017 to 11am on Saturday 14 January 2017.