It's Regent v Regent to be crowned...Regent!

Brightlingsea Regent have announced a special match to celebrate their completion of ten years in senior football, as former manager James Webster puts together a legends side to take on the current squad. The match will take place at the club's North Road on Saturday 26th June with a 3PM kick off.

Webster spent seven years in charge of the club, and took them to four promotions along the way before departing in November 2017.

By the way, whilst we're talking all things Regent, former Ipswich Town legend John Wark will be appearing at the club on Friday 21st May. Tickets are just £12, and that includes a stage chat covering the key moments of John's career, an open audience Q&A where you can ask your questions directly to John, and finally the opportunity to meet John in person, have some photos and some items signed. Find out more here. 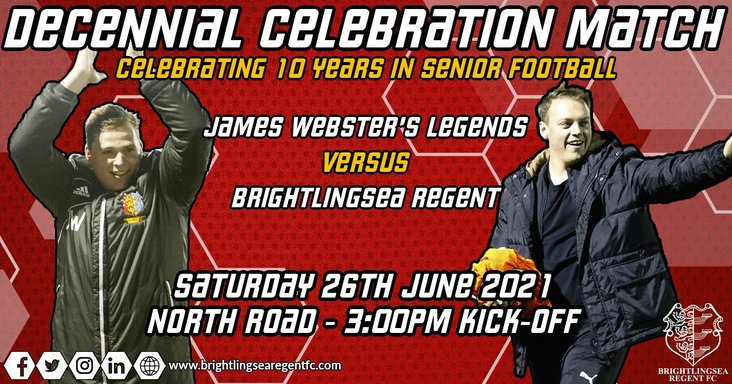  A week's a long time in football... A round up of this week's friendly- and competitive- matches, and some video highlights