Robins and Ambers set up an exciting Final 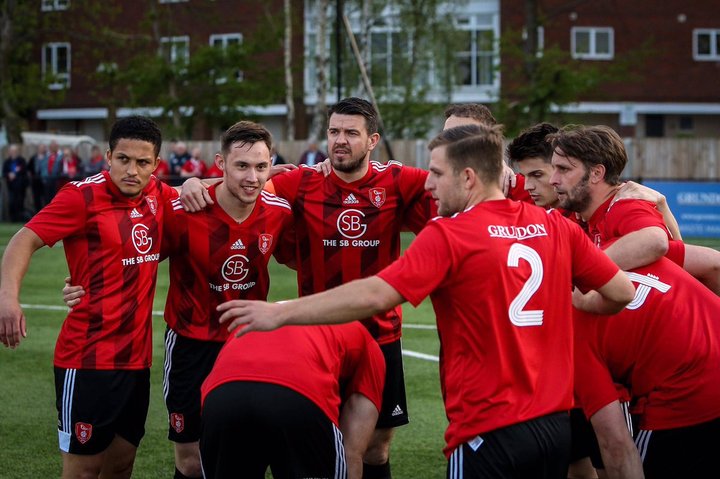 Bracknell Town last night got speedy revenge for their Easter Monday defeat to Westfield, a two-one win in last night's Playoff Semi-Final at Larges Lane ensuring that the Robins will be back there once more on Saturday, where they will face Cheshunt in the Final.

It was an emotional night for the Robins. A few days ago the Non League Community lost one of its own, with the passing of Darrell 'Dudley' Freeland, a former club secretary for the Robins and one of the founders of the always-excellent Football in Bracknell website. Dudley was an enormous part of the club, and he was honoured with a minute of heartfelt applause and singing in the forty third minute. By that point his beloved team were two goals up, Liam Ferdinand and Adam Cornell with the goals- and they held onto that two goal advantage until eleven minutes from time, when Westfield made the closing stages tense as Graham Purdy halved the arrears. It wasn't enough for the Woking side, who should be mightily proud of what they have achieved this season, and Bracknell will be looking to add to the one hundred and four league goals they have now scored this season on Saturday. 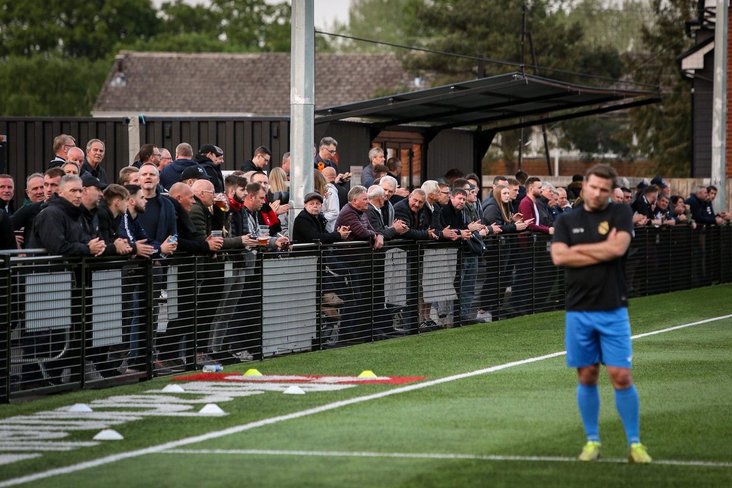 Their opponents, Cheshunt, have been no slouches in front of goal either. Last night they took their total up to eighty one with a 2-1 win over Marlow, and they came from behind to do so. Kameron English put the visitors ahead in the twenty seventh minute, and Marlow Held that lead for more than half an hour before Jason Hallett got an equaliser. Tails now firmly in an upright position, the Ambers then got what proved to be the winner six minutes later, Brian Moses finding the net as the home side got revenge for their 4-0 walloping at the Alfred David Ground in late February.

When Bracknell and Cheshunt have met this season, the Ambers came out on top, taking four points from six. Their last meeting was at Larges Lane on 19th January, and that ended in a 1-1 draw. The next meeting cannot end in a tie, and Bracknell will be hoping that it is their turn for a victory!

The images here were taken at Larges Lane yesterday evening by Neil Graham. Neil hasn't got his full gallery of images finalised yet, but when he does you'll find them here.

 Nine-man Swifts take the prize We had two goals, three red cards, and enough incident to keep the fans talking for months. Heybridge Swifts defeated Aveley to reach the North Division Playoff Final- and here's how they did it.