Robins march- or should that be fly- on, whilst Brentwood go through too 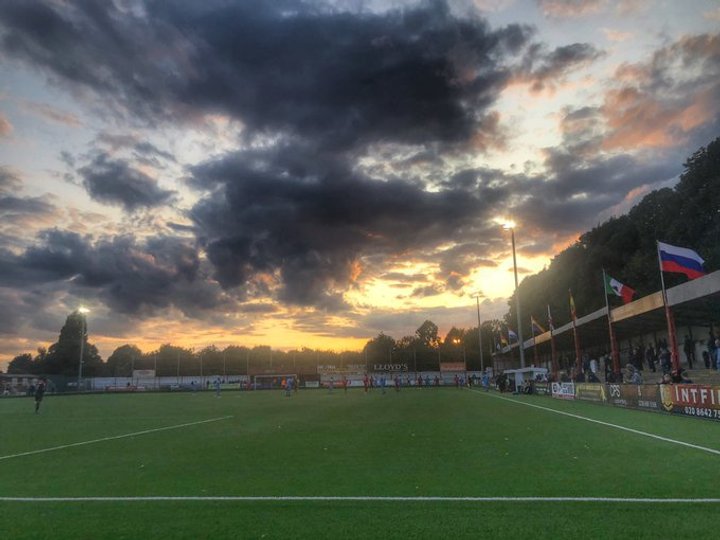 Faversham and Soham falter on a night of cup drama

Carshalton Athletic have played three competitive matches so far this season, scored thirteen goals, and conceded only one. It's not difficult to see why they are amongst the promotion favourites, and last night Faversham Town found out the hard way in the FA Cup First Qualifying Round.

The Robins were three-nil up within fourteen minutes- David Fisher, Tommy Bradford and Luke Read giving them a dream start- and after the break Fisher got two more to secure his hat trick, and Faversham couldn't find a consolation goal even after Bradford received his marching orders for a second yellow.

Brentwood Town will join Athletic in the Second Qualifying Round, after a hard-fought two-one win over New Salamis at Coles Park, home of Haringey Borough. Kudus Oyenuga opened the scoring for the visitors midway through the first half, and although the hosts equalised just before the break a Sam Bantick goal eleven minutes from time sealed victory for the Blues.

Millions watching on TV saw Soham Town Rangers come unstuck against Hashtag United at Bowers & Pitsea's Len Salmon. A one-one draw, with Declan Rogers scoring the goal for Rangers, led to a penalty shootout, and Rangers- perhaps distracted by the appalling lack of social distancing behind the goal- fell to a four-two defeat from the spot.

We've many more clubs in action tonight! Read our preview at 10AM.

 Midweek cup special! We’ve a big night of cup football in prospect- and here’s our preview of the action