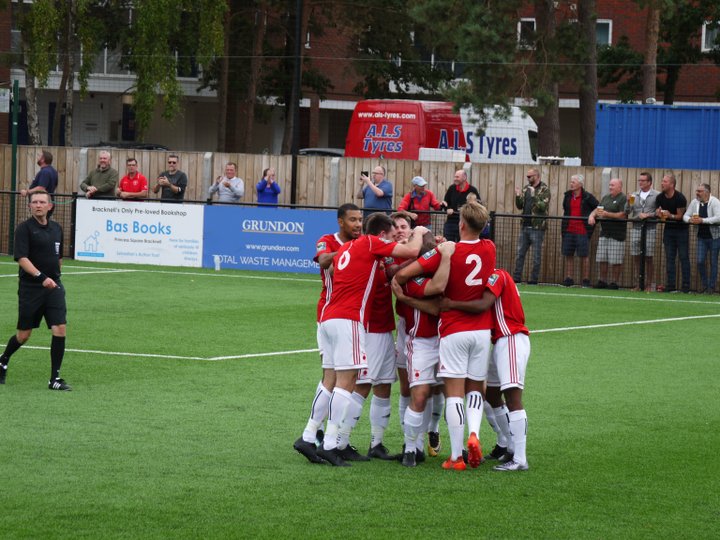 Davies steps down at Larges Lane- despite an enviable record

With a managerial record that Pep Guardiola would be proud of, Bracknell Town manager Carl Davies has been one of the successes of the season in the Bostik League. But from here onwards any future success will be confined to the pitch, as Davies has decided to step down from his dual player/manager role to concentrate on playing.

As Football in Bracknell revealed last night, Davies steps down with a record of thirty wins and five draws in only thirty nine matches. He went out with a bang, almost 1200 fans turning up at Larges Lane last night to watch the Robins lose narrowly to Reading Under 23's in the Berks and Bucks County Cup.

Town currently occupy second place in the South Central Division, three points behind leaders Marlow. The new manager- whoever he may be- has very big shoes to fill.