Rocks bring in a forward and a midfielder 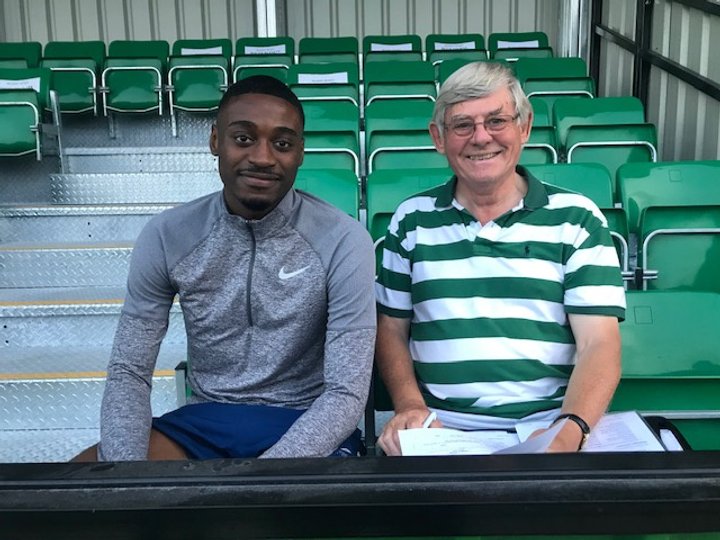 Bognor step up their squad building as the new season approaches

Jordy started the last campaign elsewhere in Sussex, at Lewes, who he joined after a spell at Hastings United. He made twenty five appearances for the Rooks, scoring four times, and has also played briefly in the county for East Grinstead Town.

Prior to his move to Pilot Field he played for Billericay Town and Dagenham & Redbridge.

Will, who came through the youth programmes at Littlehampton and Bognor, has spent two years in the USA after winning a football scholarship. He's played for the club four times in pre-season, scoring in three matches.

Image of Jordy and Simon Cook, General Manager, courtesy of the club.

 A World Tour of Kent- Part Eight: Hythe Town The last stop on our travels was the beautiful town of Hythe, and we took the opportunity to head to Reachfields