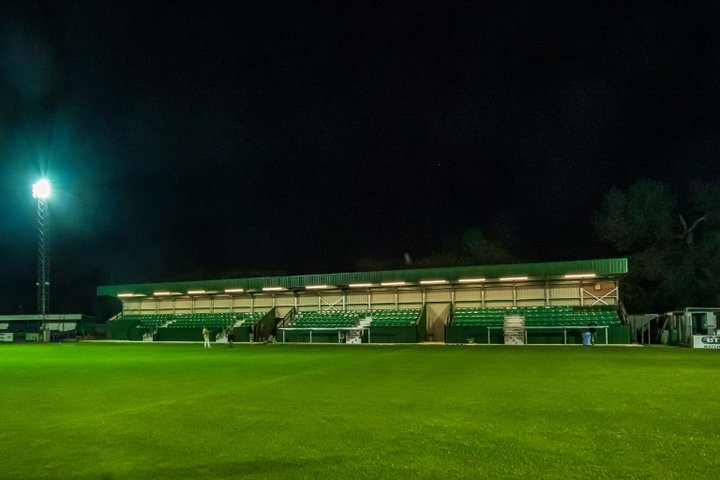 Bognor Regis Town have completed the loan signing of Havant and Waterlooville winger Sam Dowridge, according to the Bognor Regis Observer.

Dowridge signed for the Hawks after a two week trial, only to be loaned straight to the Rocks to get some game time. He will still train with the Hawks first team, however.

The player was part of the Academy setups at Southampton and Stevenage, and has also played for Berkhamsted, Potton United, Biggleswade United, Codicote, London Colney, and in Australia for Preston Lions.

Image of Bognor's new stand all lit up from the lens of Tommy McMillan. Not connected to the transfer at all, but we thought you'd like to see it!

 Pitching In Isthmian Supporters Predictions 2020-21: Hornchurch We're taking the District Line and heading to visit those lovely Urchins at Hornchurch FC, in the company of Peter Hay.

Steventon heads back to Kent  Two months in Sussex was enough, apparently!