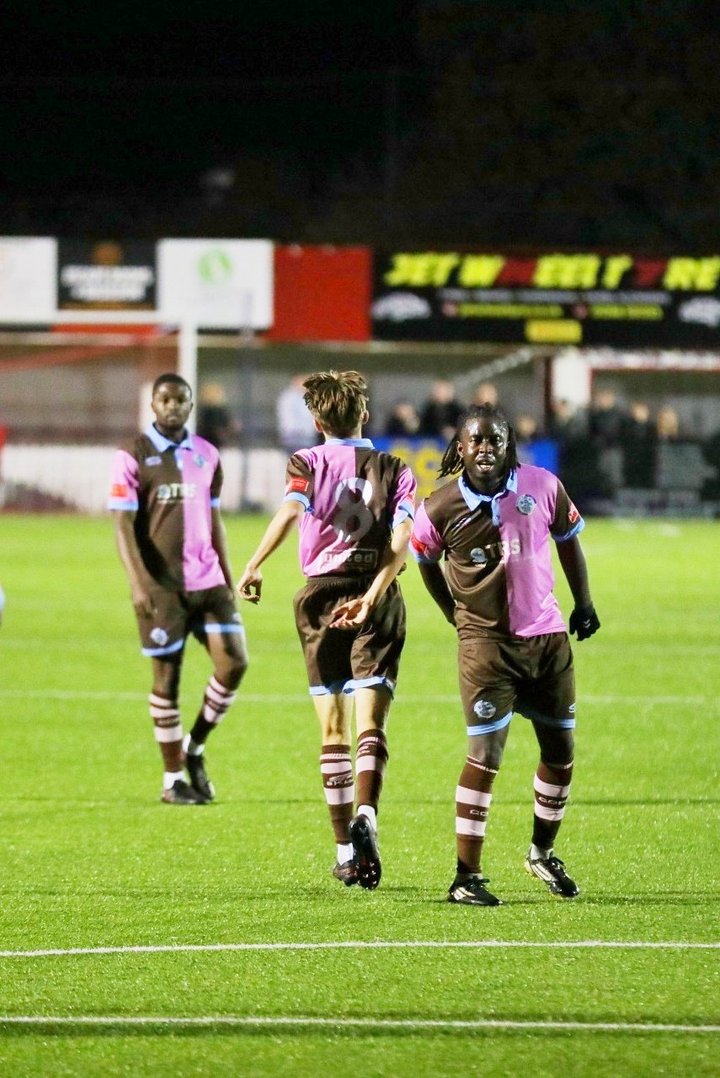 Cheshunt go fifth, Casuals triumph, the Urchins get three- whilst Stowmarket and Burgess Hill also recorded victories. It's our round up of Tuesday's action.

East Thurrock United, with Jim Cooper having been in the caretaker manager's seat for about twenty minutes, looked certainties for the chop as they hosted free-scoring Lewes, but it seems that gentleman Jim is a miracle worker! The Rocks had conceded twenty seven goals during their previous seven games and lost the lot, whilst the Rooks have scored goals for fun this season- but all the fun last night went to the home fans, Alex Hernandez penalties early in the first half and late in the second the difference between the sides. United climb to seventeenth, whilst Lewes slip out of the top five.

The Rooks place in the top five was taken by Cheshunt, who came from behind to win at Leatherhead. Adere Dede managed his third goal in...well, sixteen minutes, following his late double on Saturday with another after nine minutes for the Tanners, but Taylor McKenzie equalised for the Ambers eight minutes before the break and Jamie Reynolds got the winner with twenty minutes to go. 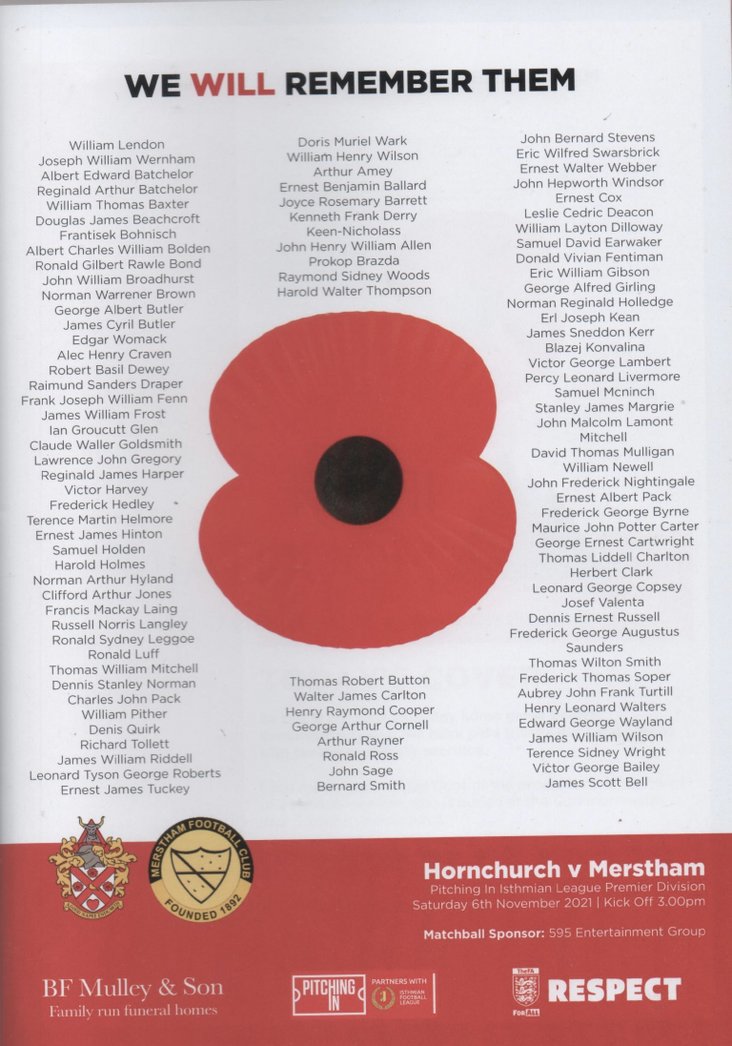 Hornchurch picked up victory on Saturday after eight matches without one, and they followed that with a comprehensive walloping of Haringey Borough, Lewwis Spence, Liam Nash and Jili Buyabu seeing them win three-nil. The Urchins climb to twelfth, Borough slip to fourteenth- and have now gone nine games without a win. By the way, our image is a little late, but features the Urchins programme cover from Saturday which we thought was fabulous.

Bowers and Pitsea were back in league action after their cup heroics at the weekend, but within thirty two minutes they were two goals down to visitors Corinthian-Casuals, Elliott Bolton and Bobby Mills with those. Callum Leahy struck back for the hosts just before the break, but the equaliser didn't come and they remain third bottom. Casuals are up to fifteenth. Image: Stuart Tree.

Merstham are up to eleventh, turning around a run of three defeats with victory over Cray Wanderers. The Moatsiders struck in each half; John Ufuah with his seventh of the season in the first, Korrey Henry with his sixth of the campaign in the second. Wands are down in eighteenth.

Stowmarket Town climbed to sixth place with victory at Basildon United, a late goal ending any chance of a Bees comeback. Craig Parker opened the scoring for the visitors after only six minutes, but the clincher came right at the end when Josh Mayhew scored from the spot, his third goal of the campaign. The Bees remain seventeenth.

Basingstoke Town, who lost for the first time at the weekend against top side Bracknell Town, hosted second place Uxbridge- and both had to be content with a point, although the hosts came so, so close to taking all three. There were only two goals, and they both arrived in the last fifteen minutes, the first going to Basingstoke five minutes after the visitors had gone down to ten men when Elliott Poley saws red. Bern Cook opened the scoring, only for the ten men to equalise in the last minute through Ezra Ndukuba, who had only been on the field for four minutes. Stoke stay seventh, Uxbridge are still second, now two points behind leaders Bracknell Town.

Burgess Hill Town and visitors Faversham Town had both lost only one of their last five, and the Hillians were able to continue that good form in scoring the only goal of the game last night. It went to Lewis Taylor, who struck eighteen minutes from time as the hosts climbed to sixteenth, two points behind their visitors.

Maldon and Tiptree took on Aveley for the third time this season, and picked up victory for the first time, defeating the Millers two-nil. The goals came in the first sixteen minutes, first Charlee Hughes and then Malachi Napa firing home.

Three Bridges and Sittingbourne couldn't manage a goal between them, but the Brickies triumphed in the shootout, five-four.

 Regent and Austin part company We need our own managerial departure category, as Tom Austin at Brightlingsea is the latest to leave