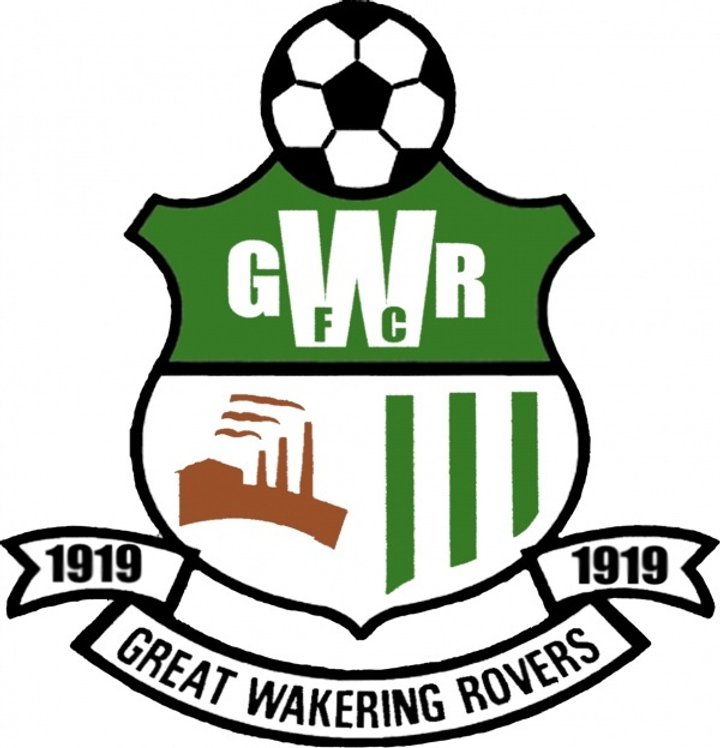 Great Wakering Rovers are looking forward to fans coming to the aid of their local foodbank on Easter Monday when they take on Tilbury in Ryman North.

Rovers officials, long-time supporters of their local Trussell Trust foodbank, say the charity's volunteers will be taking donations at Burroughs Park from 1pm until kick-off and after the fixture from 5pm until 6pm.

Fans are being asked to bring along whatever they can spare with the charity especially keen to receive donations of tinned meats, long life puddings and custard. Anyone who can't attend the fixture can also donate directly at the village's Methodist church hall on Thursday afternoons.

A club spokesman said: "We look forward to seeing you and on behalf of Great Wakering Rovers FC and the village foodbank, we thank you for your continued support." 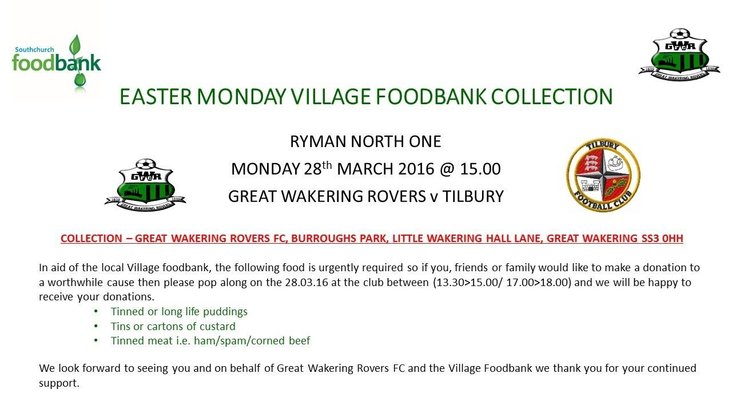 The Trussell Trust's 400-strong network of foodbanks partner local communities across the UK to help stop hunger, providing a minimum of three days’ emergency food and support to people experiencing crisis. Last year, more than a million people were helped.

Happy Easter!  Happy Easter to football's family around the world from the fans, players and officials of the Ryman League!