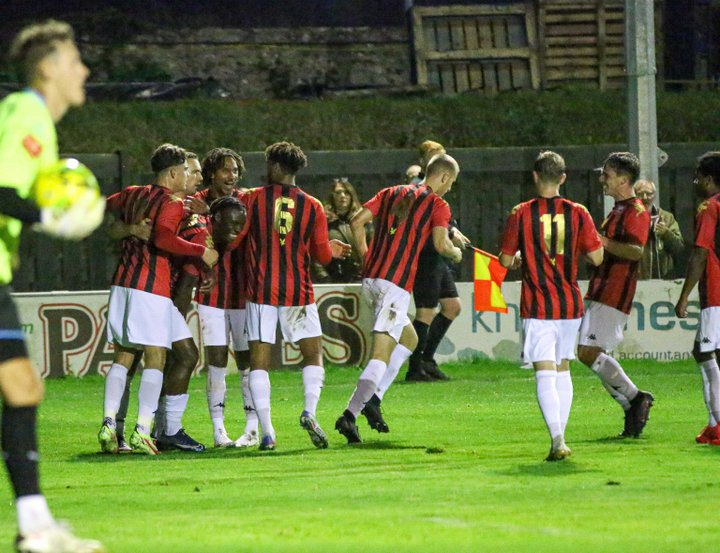 No, not a sketch from the Two Ronnies, a defensive reinforcement for Lewes as Leatherhead's Will signs on

Lewes have been magnificent going forward this season, scoring more league goals than anyone else in the entire Pitching In Isthmian League- but they've been less solid at the back, and manager Tony Russell has taken steps to fix that by bringing in Leatherhead defender Will Salmon on loan.

Will joined the Tanners in the summer of 2018, moving along the M25 from Metropolitan Police. He made forty seven appearances in that first season, and soon became one of the first names on the teamsheet, with thirty seven more appearances during the unfinished 2019-20 and another twelve in the season that hardly started, last time out. He signed on one more with the Tanners for this season and has made thirteen appearances, one of the bright spots in what has been an extremely underwhelming campaign at Fetcham Grove.

Our image, above, comes from the lens of James Boyes, and documents the recent Lewes win against the Tanners- Will didn't play in that one!

 Faversham and Bracknell slay giants, K’s hit six and Bognor get five, and holders Hornchurch bow out Our comprehensive round up of today’s matches celebrates success and shock in equal measure