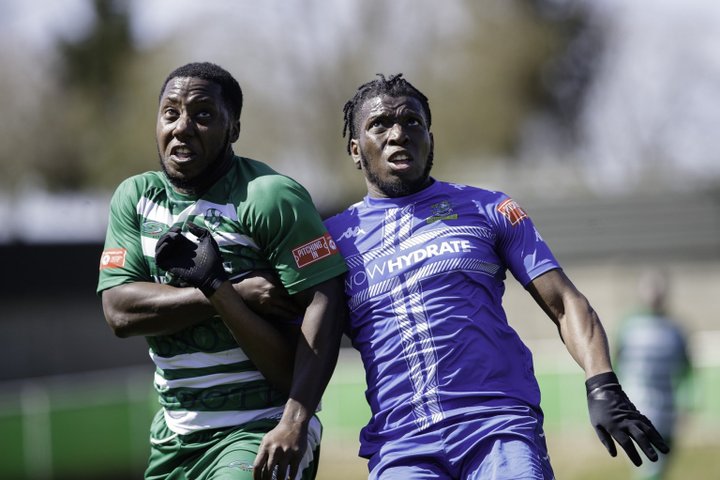 We had a handful of matches yesterday, of course all friendlies and all behind closed doors. Here's what happened.

It's difficult to keep up with what our clubs are doing when you're reliant almost entirely on social media to find out, but here's what we noticed yesterday!

Waltham Abbey and Romford played out an absolute thriller at Capershotts, the visitors winning by seven goals to four! Our headline image is from that match, and comes from the lens of Mandy Davies.

Bury Town took on Hadleigh United at Ram Meadow and emerged with a four-two victory. Jake Chambers Shaw, Cemal Ramadan, Harry Brown and trialist Ben Haddoch scored for the Blues- and there is a match report here.

Barking Under 23's took on Fisher, and went down 2-1. Daniel Asiamah scored for the Blues.

Margate took on K Sports, and ran out four-one winners. Jack Richards got two, Ben Greenhalgh and a trialist the others.

We don't normally report on reserve matches, but Soham Town Rangers second string beat their equivalents from Wisbech St Mary by twelve goals to nil, apparently- we thought that was worth mentioning!

Dereham Town and Leiston played out a goalless draw.

We think that's your lot. But please remember, this is a rather inexact science- feel free to get in touch if we've missed anything.