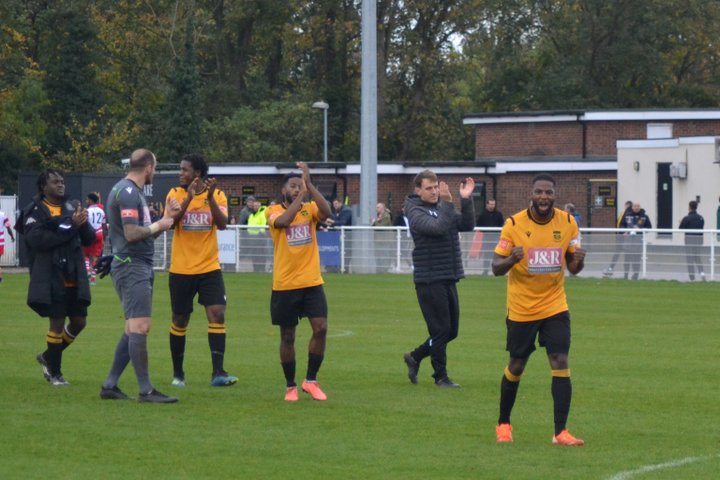 We had a great deal of excitement on Saturday, and a great number of photographers pointing their cameras at it. Here's where you will find some of their work.

Many photographers braved the elements yesterday, so we thought we'd share some of their work and let you look at it!

Starting in the Premier Division, images from Cheshunt's win over Kingstonian can be found here, attributed to Local Bus Driver. One is pictured above. Neil Graham was stationed on the sidelines as Carshalton Athletic defeated Enfield Town, and his shots are here. 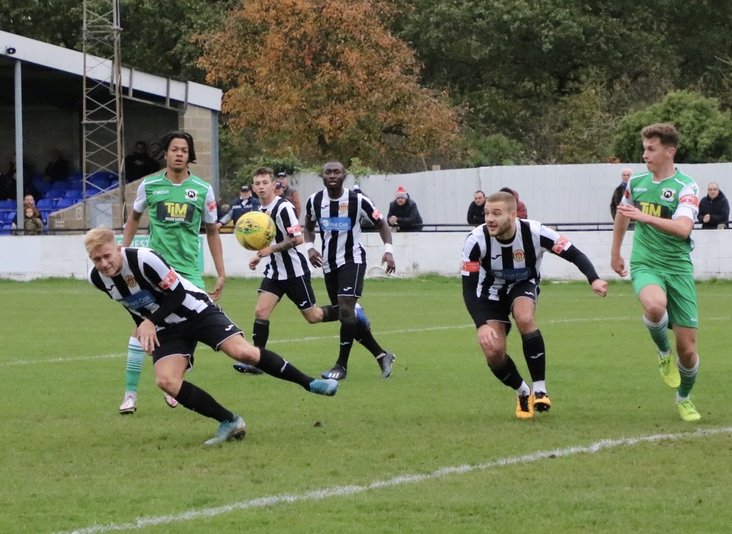 In the North Division, Alan Edmonds photographed Heybridge Swifts's win over Basildon United. You can find his shots here- and we've used one of them in this article.

Into the South Central, and a few images from Harlow Town's defeat at home to Ashford Town can be found here, whilst there are some from leaders Waltham Abbey's walloping of Northwood here.

A few shots from Westfield's defeat to Barking can be found here, and from an away perspective by Terry Gilbert here.

Chris Neal took these rain-sodden shots of Burgess Hill Town's defeat to Ramsgate, one of which we've included, and it was buy one get one free as Kyle Hemsley was there too- his images will appear here. 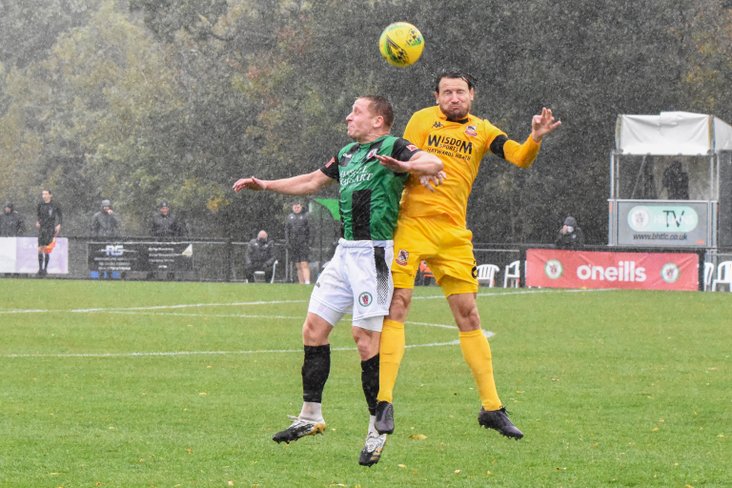 Haywards Heath Town v Hythe Town was photographed by Ray Turner- see some of his work here, and there are a few from Hastings United's narrow win at Sevenoaks Town here, courtesy of Scott White.

Into the FA Cup, and Canvey Island celebrated victory over Cray Wanderers with some images like the one we've included here- and the rest can be found here. Dave Cumberbatch was on hand as the other Cray, Valley, had much to celebrate at Maidenhead- and his images are here- whilst Ben Pooley watched Maldon and Tiptree defeat Haringey Borough, and you can see his work here.

And that's your lot! Sorry if you took some and we missed them- there's no science to this feature, just a trawl through social media! 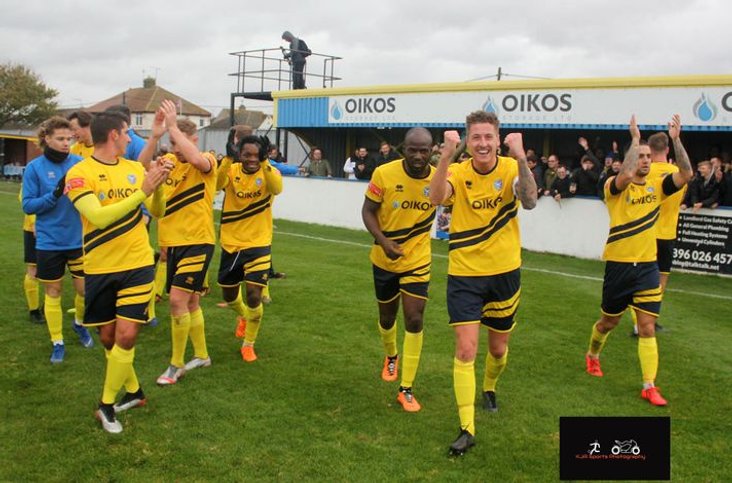 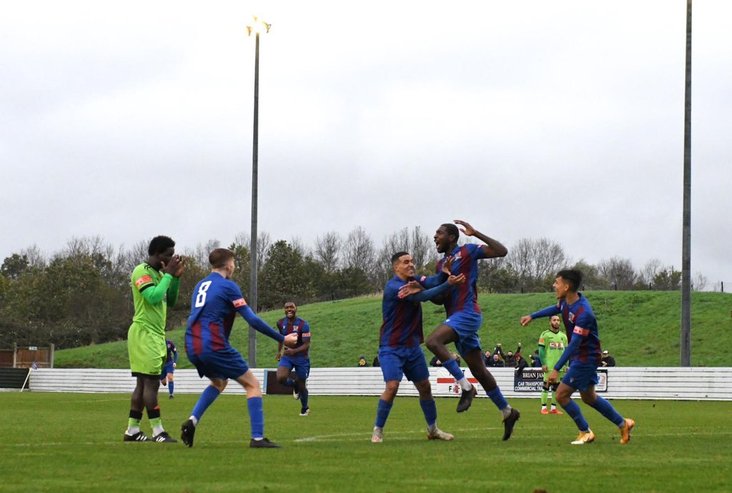 Magnificent Millers Muller Maidenhead!  We have three (so far) in the First Round of the FA Cup- and Cray Valley head the roll of honour after defeating National League Maidenhead United. It’s our round up of today’s Cup and League action.