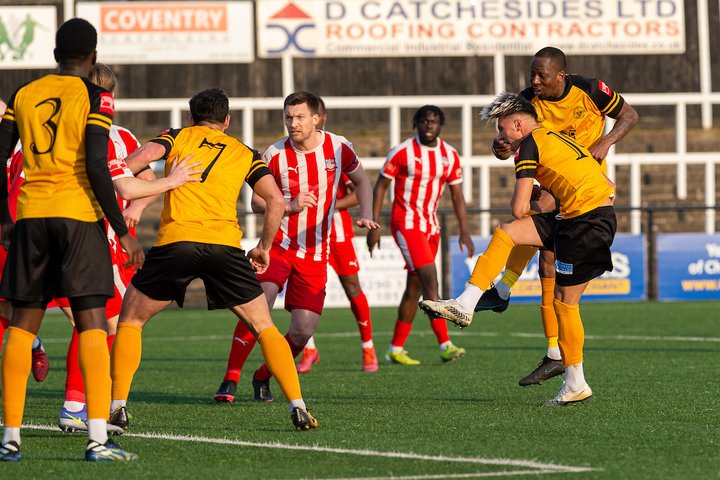 We had one match in the Pitching In Isthmian Premier yesterday, and it could turn out to be rather important at the wrong end of the table. Hosts Cray Wanderers came from behind against Bowers and Pitsea to lead with just ten minutes to go, yet somehow contrived to concede two late goals to end up with nothing.

Wands were two down on thirty nine minutes, so their second half comeback was remarkable. An own goal and an effort from Jamie Dicks six minutes before the break put the visitors in the driving seat, before Anthony Cook halved the arrears from the spot just before half time. The hosts were level just before the hour, Jacob Munting with the equaliser, and then, with only eleven minutes left, Narcis-Florin Filip put them ahead for the first time.

Three points would have lifted them to eighteenth, but with nine minutes to go it looked as if they'd be left with only one, as Max Cornhill got an equaliser- but even that would have lifted them out of the bottom three on goal difference. However it wasn't to be- with three minutes remaining Pedro De Carvalho popped up to seal an away win- a result which takes Bowers up to fifteenth and leaves Wands third bottom, a point behind Brightlingsea Regent having played a game more.

Bowers are back in action on Wednesday night, at Kingstonian, whilst the K's are also Wands next opponents, on Saturday.

 Non League Day: Horsham We're rounding up the activities on Non League Day- Saturday 26th- club by club. The Hornets are up next.