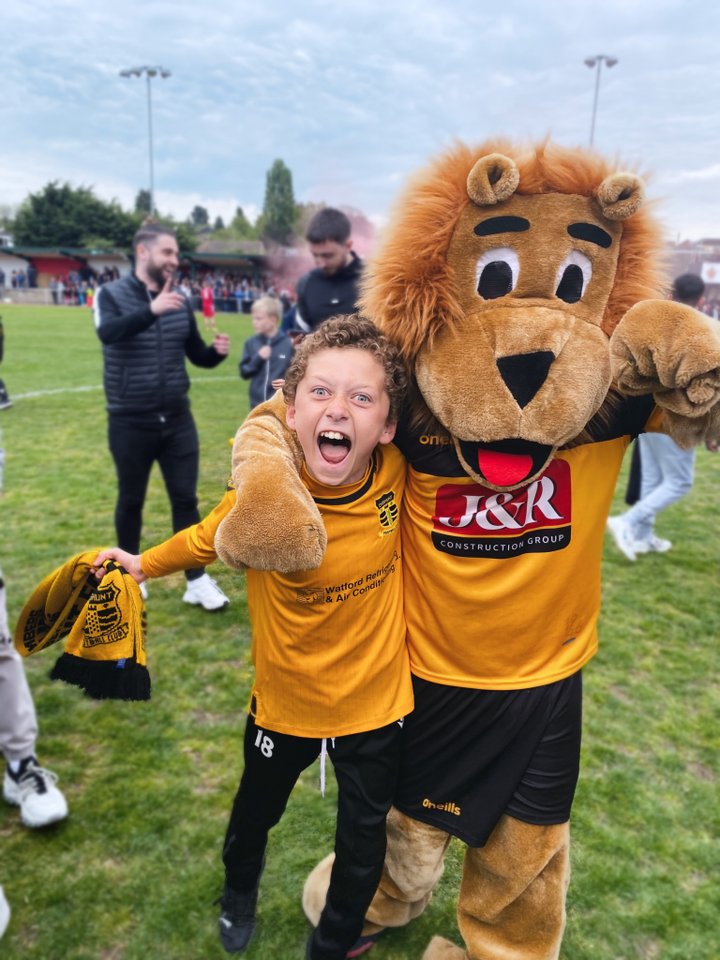 We’ve had a magnificent Pitching In Isthmian season, one which has been illustrated and enriched by the work of a number of brilliant photographers, who have recorded it for posterity. Amy Eve brings us her very favourite image of the season. 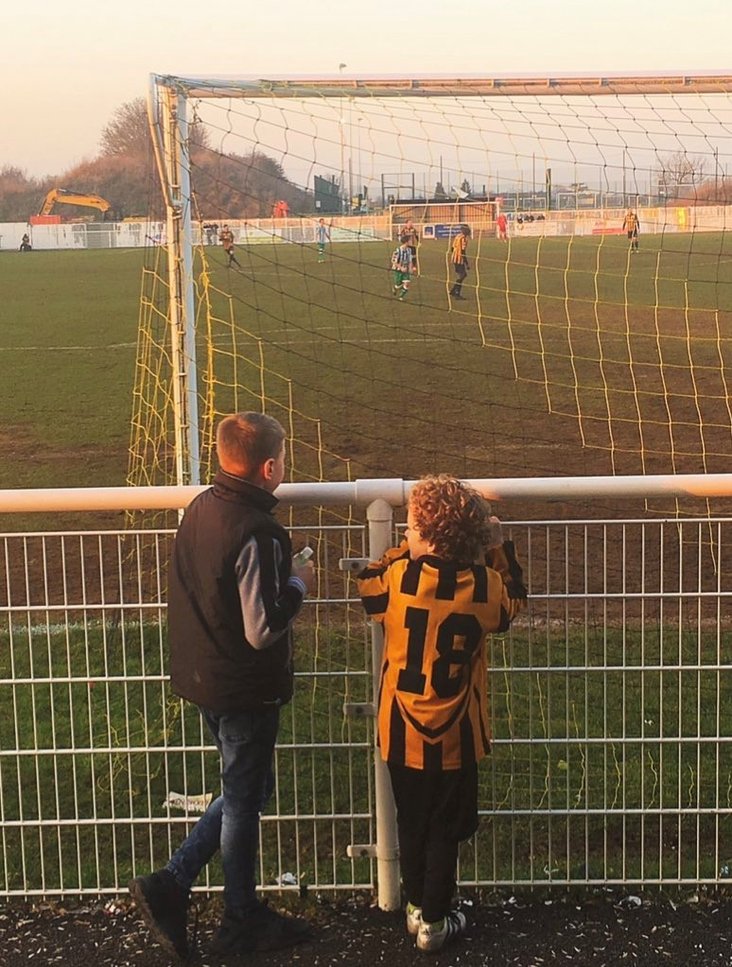 The reason why this photo is special to me is because of this photo- below- from 2017. Pictured is the same two boys, Freddie (without his lions mane) and Tommy (who still proudly wears his squad number 18). Both boys had played grassroots football that Saturday morning for Cheshunt FC, Tommy as part of the under 8’s and Freddie u10s and stayed to cheer on the first team who won 3-1 against Great Wakering Rovers in the Isthmian League North. Players have come and gone (and in some cases come back again) but the boys have stuck with their club through the highs and the lows and have now been rewarded with another promotion to the National League South.

To me the photo epitomizes what non-league football is all about. Football, Friendship, Volunteers, Loyalty & Passion.

I began taking photos when Tommy who is my little brother started playing for Cheshunt Youth aged 6, he is now 12 years old and will proudly tell you that despite having a season ticket at a premier league club he’d much rather watch Cheshunt. What started as an occasional hobby quickly turned into a passion, for me there is no greater satisfaction than a player using your photo as their profile picture, being printed in the local / national newspaper or a proud mum telling you they have your action shots of their son on their desk at work!

Whilst we as Cheshunt fans have loved our time in the Isthmian League our hopes for next season are to stay in the National League South and have another decent cup run! Our trip to Stockport away was (barring the play offs) one of our most memorable moments of the season.

 Shot of the Season 21-22: Chris Neal We asked our fabulous Pitching In Isthmian Photographers to choose their favourite photograph of the campaign, and tell us why it is important to them.

Shot of the Season 21-22: Stuart Tree  We asked our fabulous Pitching In Isthmian Photographers to choose their favourite photograph of the campaign, and tell us why it is important to them.