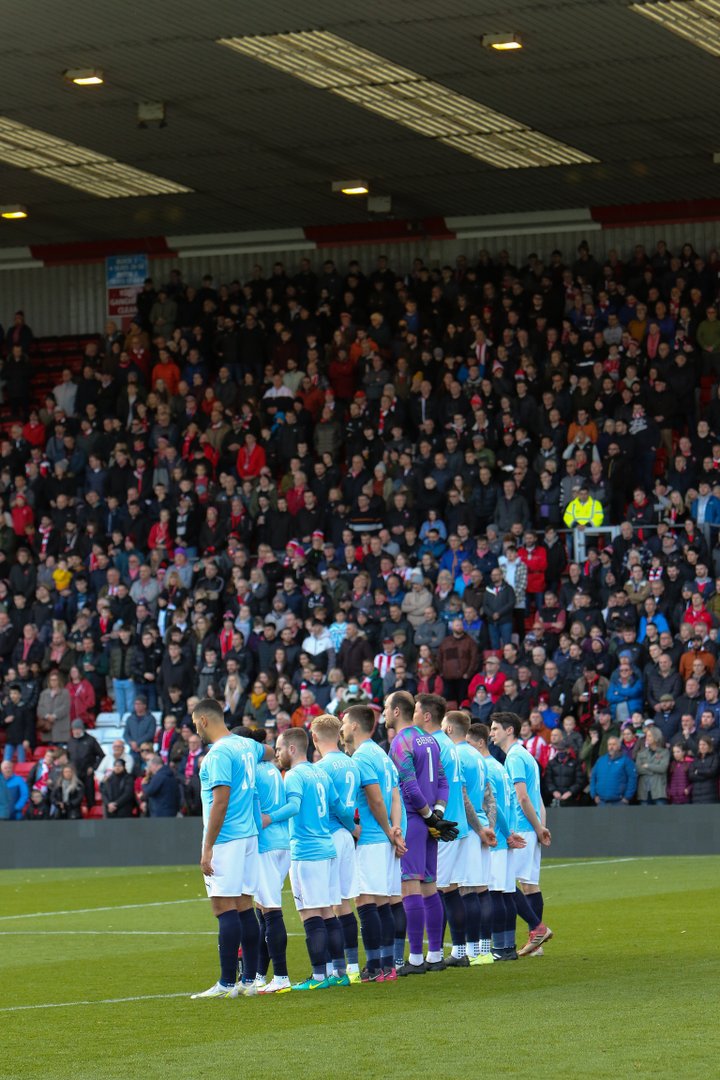 We’ve had a magnificent Pitching In Isthmian season, one which has been illustrated and enriched by the work of a number of brilliant photographers, who have recorded it for posterity. Gareth Nash brings us his very favourite image of the season.

It's not the best shot I've taken at Bowers but it depicts the special moment Smallsy and those Bowers lads got to the first round of the FA Cup. Seeing them play at a league club in front of a superb crowd like Lincoln was amazing. After a personally difficult year it was great to be with them, especially with the efforts Lincoln went to to make it special.

This shot, having the name printed shirts, including so much of the squad and showing the enormity of the crowd stood out, but it was another season of special moments from Smallsy's club record breaking team and there could certainly have been a few others.

I've been a hobby photographer for some years . Six years ago my boy wanted to watch a match. I showed interest on Twitter in the local club (Bowers)and next thing Smallsy himself messaged me encouraging me and my son to come watch a game. It just grew from there with me taking pictures each game. What a time to land it was to. The last six years capturing what Smallsy and his management team and players have achieved has been brilliant.

• What are your hopes for the forthcoming season?

For Bowers it'll be interesting to see how the new era goes and hopefully survival in the Isthmian Premier will be a realistic target for whoever takes over the reigns.

For me, personally, having decided to step away from Bowers I'm not too sure about what, if anything, I'll be doing with the camera in the forthcoming season.

 Shot of the Season 21-22: Alan Edmonds We asked our fabulous Pitching In Isthmian Photographers to choose their favourite photograph of the campaign, and tell us why it is important to them.

Shot of the Season 21-22: Neil Graham  We asked our fabulous Pitching In Isthmian Photographers to choose their favourite photograph of the campaign, and tell us why it is important to them.