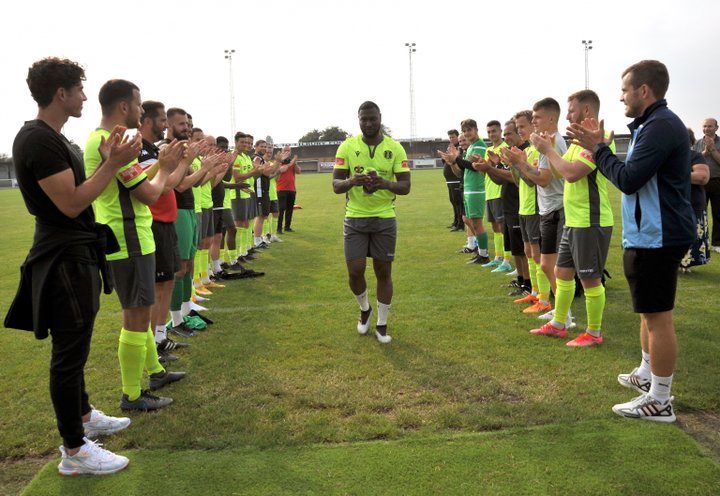 Here's our round up of Saturday's friendly action

Based almost entirely on what we could find on social media, here's a round up of yesterday's friendly action.

AFC Stoneham hosted our very own Marlow, and the home side won by two goals to one, whilst AFC Sudbury defeated Cheshunt by three goals to nil, with Marley Andrews and a couple of trialists on target. 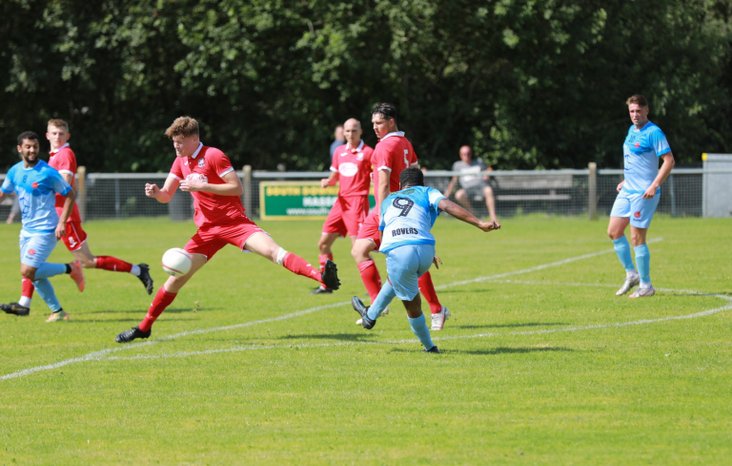 Binfield and Winchester City drew one-one, as did Bracknell Town and Swindon Supermarine, whilst Bury Town and a Colchester Utd XI made it three in a row! Olly Hughes scored the Town goal. 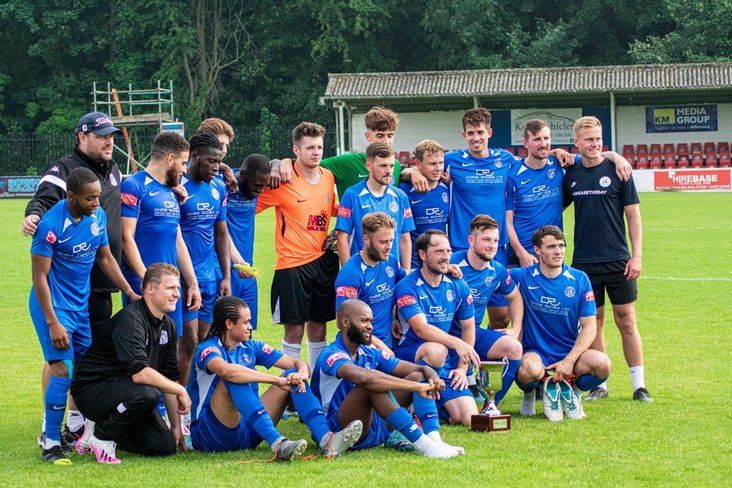 Haringey Borough fell four-nil as they hosted Oxford City, whilst Sutton Common Rovers got six as they travelled to the shadow of the South Downs to face Hassocks, with the hosts kept entirely at bay. Fernandez and Butler got two each, Brown and James the others. Image courtesy of Rovers.

Haywards Heath Town fell to a two-one defeat against Chipstead. Carvalho scored for the hosts, Simeon Dennis amongst the scorers for the Chips. Highlights below.

Heybridge Swifts defeated Sawbridgeworth Town three-two at Aveley. Alex Teniola (2) and a trialist struck for Swifts, whilst Hornchurch fell to a three-nil defeat as they hosted Dagenham and Redbridge.

Horndean hosted Bognor Regis Town, and the Rocks won three-one, whilst Horsham did even better, defeating Lancing six-one. Sparks, Fenelon, O’Toole and Harding, along with a trialist and an own goal, found the net for the Hornets, Kane Louis got a consolation for Lancing.

Margate fell two-one to Erith Town, Greenhalgh with the Blues goal, whilst Merstham and Ashford Town drew two-two. Folkes and Dillon struck for the Moatsiders, we don’t know who scored for the Tangerines. Brightlingsea Regent fell two-nil at Needham Market.

Romford fell to a two-one defeat against Woodford Town. Christian Adu Gyamfi got the goal for Boro.

Rusthall hosted a terrific tussle with Ramsgate, the Rams coming away with a four-three victory, whilst SC Thamesmead took the lead against Faversham Town only for Roman Campbell and Luis Dos Santos to turn the match around in favour of the Lilywhites.

Hammond and Chukwu helped Grays Athletic to a two-one win at Tilbury, but the main talking point was a goodbye to Athletic hero Joao Carlos, leaving the club after a decade. He gets our headline image, picture courtesy of Athletic. Brian Moses scored for the Dockers.

Tooting & Mitcham United and Carshalton Athletic didn’t manage a goal between them, whilst Uxbridge and Southall both celebrated their 150th anniversary with a win for Southall, by two goals to one.

Two further Sussex sides, Whitehawk and Lewes, treated their supporters to four goals- with the Rooks getting three of them. Lloyd Cotton scored for the Hawks against his former club, we don’t have the Rooks scorers.

Wingate & Finchley entertained Barking, and the visitors took the spoils, winning three-one with two goals from Heatley and one from Jones. Witham Town defeated May & Bakers four-one, whilst Worthing defeated National League South Tonbridge Angels by the same scoreline, Colbran, Pearce (2) and a trialist finding the net for the Mackerel Men.

Pitching In Isthmian League- supporters predictions 2021-22: Folkestone Invicta  Time to head to the Kentish seaside, and visit a land of stripes. Ade Dawkes gives us an Invicta view.