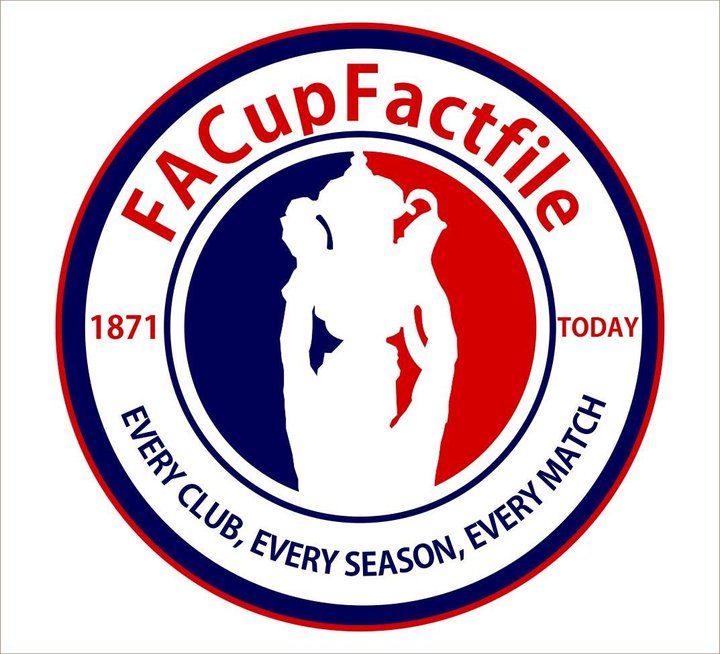 In the second of a series of interviews with the people who write about and photograph our league, we catch up with Mr FA Cup, statistician and writer Phil Annets of FA Cup Factfile.

Over the last few years FA Cup Factfile has become the go-to source for FA Cup information- particularly if your interest in the competition has a Non League flavour. Featured regularly by the national media and the Non League Paper, and a regular fixture in the FA Cup Final programme, Phil Annets is perhaps the pre-eminent statistician of the world’s greatest cup competition. He also supports Leeds United, so he’s had a lifetime of pain with very little joy!

Tell us a bit about your football history. 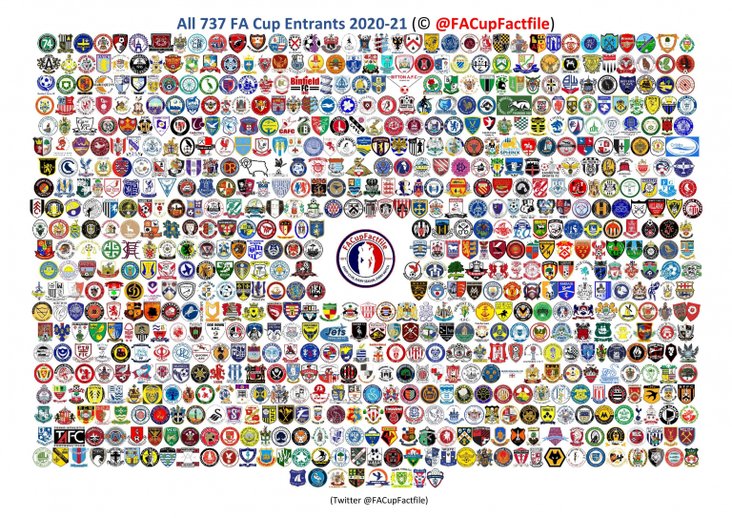 I did once score a winning penalty in an inter-school tournament, but I don’t suppose that’s what you’re asking me! I’ve always loved football. I grew up in the early seventies when the FA Cup Final was the biggest day of the season, and was always a bit of a statistician even as a child, loving the numbers connected with the game almost as much as the game itself. As a consequence I started keeping records even then, but as time went on I began to focus particularly on the FA Cup. I loved the fact that it was the oldest competition in the world, and the link that it had- still has- between the past and present; the fact that it linked top flight clubs with local village teams, and the jeopardy- one loss and you’re out.

In around 2004 I came across Tony Brown’s ‘Complete FA Cup Results’ book, and it opened my eyes to details of the competition I knew nothing about. That inspired me to try and create my own database on the very poor computer systems we had back then, and once I’d completed that arduous task I began to realise that I needed to do more with the information; to get more involved with the competition and its stories. I began watching games in the lower leagues, having become disenchanted with Leeds United and the cost of the game at that level, and I got involved with the North Berks Football League as their Media Officer, looking after the communications for the league and writing for the local paper. I also spent some time as the media man for Wallingford Town FC, who were in the North Berks League but these days are in the Hellenic Football League. That gave me the confidence to expand my writing output, which led to FA Cup Factfile.

When you began FA Cup Factfile, what were you hoping to achieve?

First and foremost I wanted to share all the information I’d gathered about the competition. I think I’m a decent storyteller and I’m very good at gathering data, so I wanted to tell the story of the FA Cup in a way that would entertain and inform. I began doing some work with a website called The Real FA Cup, and that got a very good response, which gave me the confidence to go it alone. 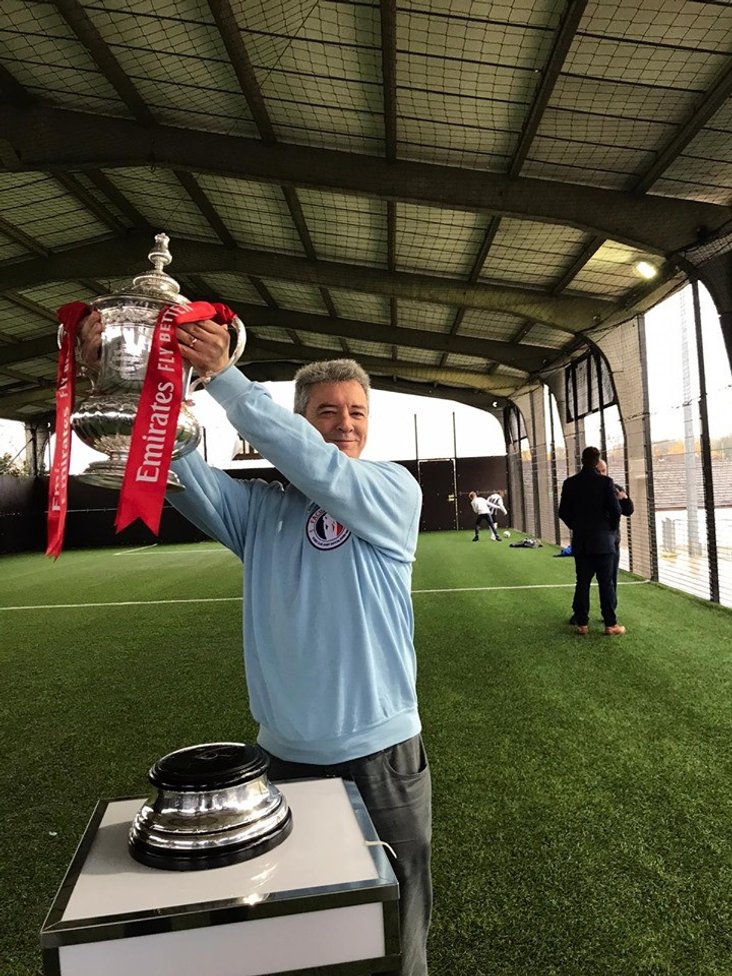 Phil, on the day he won the cup single-handed!

What have been the highlights of your writing journey since FA Cup Factfile started?

There have been so many. Every time it moved on a step, achieved something new, was a big moment.

I suppose getting the Non League Show on board gave me a great opportunity to promote the competition, and it was a delight for me to have established people in the Non League game recognise that what I was doing was worthy of an audience. I won’t get many prouder days than the first time my stats were used in an FA Cup Final programme- as a kid everyone wants to be involved in the FA Cup Final, and there I was, for the match between Manchester United and Crystal Palace. At the start of that season I featured in my first ever programme, as the competition kicked off, but the idea of being featured in the FA Cup Final programme, and being paid for it, was incredible. I’d been kidding to my wife that there was a potential career in this, and it was lovely to finally earn some money. Since then I’ve been in every programme but one, including this year’s match between Arsenal and Chelsea.

From the point of view of someone who writes about football, and particularly Non League football, where clubs are still extremely keen on the FA Cup, you’ve become almost Mr FA Cup. At our level, if someone wants to know about the competition, they don’t head to the FA website or indeed anywhere else, they head to FA Cup Factfile. How does that make you feel?

It’s nice to hear that, but in truth ninety percent of people who are interested in the FA Cup don’t know I exist. Many of them aren’t from this country, and they’re going to the Emirates FA Cup site or other outlets. Within our world of Non League I’d like to hope that you might be right, and I work really hard to get the information out there, but often the mainstream media, particularly the newspapers, will just print inaccurate information rather than search for it because news is disposable.

News articles about the FA Cup are regularly full of errors, and of course I pick up on them because I have the facts in my head or at my fingertips, but the average reader wouldn’t know. It’s really disconcerting; if the papers can’t focus on the facts when it comes to sport, how can we be sure that they’re doing it with the rest of the news? It’s something that I get on my soap box about rather a lot!

You’ve got an obvious passion for the Non League element of the FA Cup. Are you just as passionate when the Non League clubs have all departed the competition?

I am. Given I’ve loved the competition since I was a teenager, I can’t help it- but I understand why you ask. The FA and their top clubs often fail to treat the competition with the respect it deserves. The Non League clubs still have the passion for it they always had, and if the FA tapped into that they’d do the competition- and their own PR- a world of good. The issue for the FA, however, is that the vast majority of their audience is overseas, and only interested in Manchester United. Liverpool, Arsenal etc, not what happens at the start of the competition.

That’s the reason I present the FACTA’s- the FA Cup Team Awards- which has an entirely Non League focus. My plan was to highlight that these clubs have had to work incredibly hard to earn success; often much harder than their professional counterparts. Last season they went to two Isthmian clubs, Maldon & Tiptree and Chichester City, in recognition of their efforts in getting so far in the competition.

Tell us about your ambitions going forward. What do you still hope to achieve?

My next project is a book. I’m working on it now, in the hope it will be available for next season, the one hundred and fiftieth anniversary of the competition. I need help getting a publisher, as I’d like there to be a physical book rather than just an online version. It’s got a working title of ‘FA Cup 150’ and it will be a collection of interesting and quirky stats and the background information behind them. My challenge is to get it out there, and of course I can’t finish it until the 2020-21 season is over, so I’ll have a lot of work to do in May.

After that, I’d like to be more involved with the mainstream media when they are talking about the FA Cup. I am contacted regularly by BBC commentators when they are dealing with the competition, and that’s nice, but a lot of the time my work is borrowed by others elsewhere without credit. It would be nice to get more opportunity to actually provide the facts, or present them, myself.

What advice, then, would you give to someone thinking about getting involved in football writing?

Finally, then, a question with a distinct Isthmian flavour. What are the three most memorable matches you’ve attended involving our clubs.

The first FA Cup match I watched after starting FA Cup Factfile was at Chalfont St Peter. They hosted Wroxham, and the visitors won ten-two! It was the first time I’d ever seen an away team make double figures, yet I don’t think I’ve ever seen a better goal at Non League level that one of those scored by the Saints- a thirty yard half volley that thumped off the underside of the bar into the net. It was like a Non League Van Basten- one of the best goals I’ve seen in my life, and absolutely overshadowed by the fact that they conceded ten.

Next I’d go back to 2016, when I watched Aveley take on AFC Hornchurch, as they were then, at their old Mill Field ground. The visitors won one-nil, but I loved that old ground. I was lucky enough to be given a guided tour, and during the match I could see the new ground being completed only a short distance away. Both grounds were special, but I’m delighted I got to go there before the Millers moved out.

The third match became memorable afterwards. I started my FA Cup travels last season at Chichester City, as they defeated Erith Town two-one. It was lovely to meet all the people and visit the club, I was made to feel very welcome, but it was the start of their record breaking run right through to the Second Round. Incidentally I’ve seen their first cup match this season, too- I went to Basingstoke Town and watched them come back from two-nil down with ten men to win on penalties. Perhaps they’ve got a charmed life, and perhaps they might be about to start another incredible run in the competition.

You undoubtedly already know where to find all of Phil’s excellent work, but just in case you don’t, take some time to visit FA Cup Factfile. You’ll be glad you did!