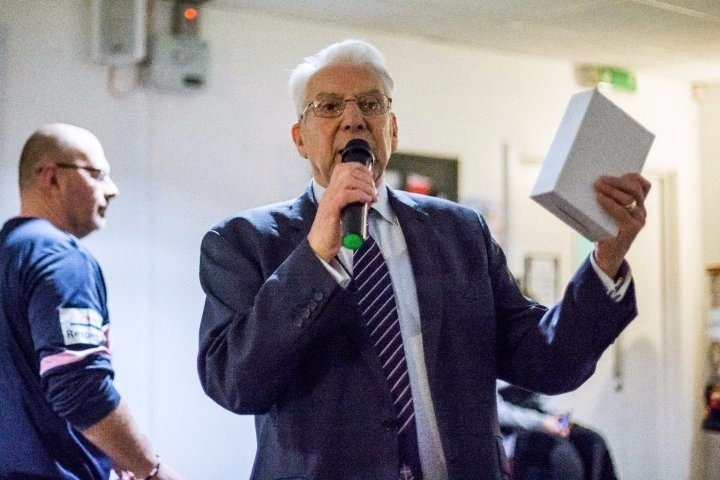 After promoting long-standing chairman Jack Payne to president, Dulwich Hamlet are celebrating the signing of a record sponsorship deal for their assault on the 2016-17 Ryman Premier championship.

As part of the deal, Hamlet will offer a free season ticket to every person buying or selling through KFH’s local offices including those in East Dulwich, Peckham Rye, West Dulwich and Dulwich Village.

Dulwich Hamlet commercial manager Liam Hickey said: “I am delighted to be able to further grow our partnership with Kinleigh Folkard & Hayward as their commitment to Dulwich Hamlet FC is undoubted. “I would like to thank Paul Bent and everybody at KFH for their support so far and I look forward to working with them to increase the profile of the football club and get both Kinleigh Folkard & Hayward staff and customers fully involved with our future growth.

“Whilst we have currently agreed a one season deal to tie in with the existing academy sponsorship, it is clear to me that KFH are committed to a long term partnership with the club and its work in the community.”

Paul Bent, sales manager at KFH’s East Dulwich branch, said: “Having been involved with the ASPIRE Academy, we were already well aware of Dulwich Hamlet FC’s core values of diversity, integration and community. We are committed to supporting these values, so the opportunity to extend our sponsorship to include the first team was too good to miss."

He added: "We wish Gavin Rose and the team the best of luck for the upcoming season and we look forward to introducing as many of our clients as possible to the club through the season ticket offer.”

New president Payne, pictured, was honoured at the club's AGM last week after recently announcing his decision to stand down as chairman after the best part of a decade at the helm having previously served at Ryman League rivals Tooting and Mitcham United for many years as both first team manager and chairman.

Payne's appointment filled a position left vacant at Champion Hill since the passing of Tommy Jover back in 2008.

A Hamlet spokesman said: "One cannot think of any one worthier of the honour of club president than Jack. The club committee agreed that Jack’s passion and devotion to Dulwich Hamlet along with that rare ability in a chairman to connect with supporters, both old and new, in the stands and on the terraces, deserved the highest accolade."

Ambers come home with the cup!  Cheshunt's pan-disability team have won a major international tournament while flying the flag for the Ryman League in Europe.