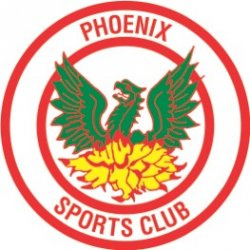 ...and each of them could have walked to the Mayplace Ground

Phoenix Sports last night announced three new arrivals at the Mayplace Ground, each of them making the very, very short trip from VCD Athletic, who are based a five minute stroll away.

The trio are Ainsley Everett, Henry Ikeije and Michael Aziaya.

Midfielder Ainsley had only been with Vickers for a short time, making four appearances after arriving from Sittingbourne. That was only two of the clubs he played for last season, as he also turned out for Tooting and Mitcham United and Sevenoaks Town. He started last season with Oaks, and played for them in 2018-19 too. Prior to that he turned out for Cray Valley PM, East Grinstead Town, Thamesmead Town and Peacehaven & Telscombe.

Defender Michael had also only been with Athletic for around twenty minutes, signing only a couple of weeks before the lockdown. Previously he played for Romford, Eastbourne Borough and Dartford, but will be better known to Isthmian League watchers from his time at Hastings United and Carshalton Athletic- he was a big part of the Robins squad that earned promotion from the South Division in 2017-18. He also spent time at Ramsgate and Three Bridges last season.

Winger Henry was supposed to be staying with Athletic according to reports a few weeks ago, but has obviously had second thoughts. He made thirty three appearances last season, and scored five times.