State of the art Wasps 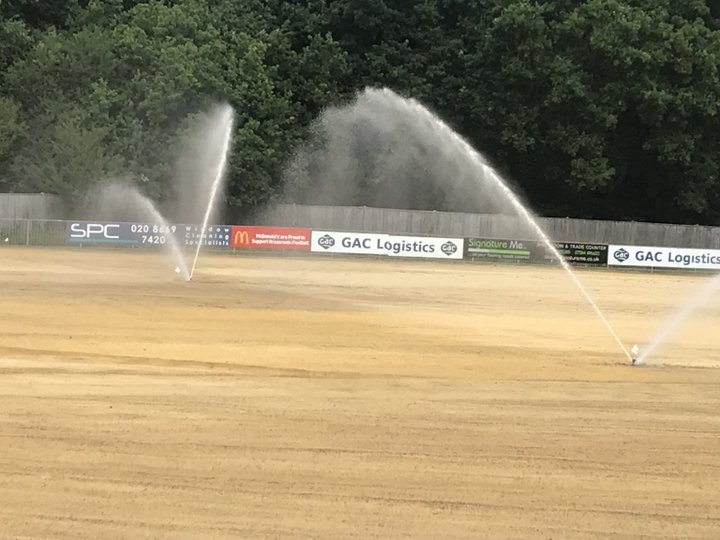 Back in April we informed you that East Grinstead Town had received a sizeable grant to improve the drainage at East Court- and they haven't been slow to spend it, as you can see from the image above.

The club have advised us that they now have new primary and secondary drainage, and twenty four automatic sprinkler heads to ensure effective irrigation. These can be operated directly from a mobile phone, or from an electronic control box. All they need now is a robot lawnmower and an electronic pitch marking machine and their groundsman will be able to sit in the stand with a cup of tea and a newspaper, occasionally pushing a button!

In all seriousness, the Wasps have had many years of difficulties with their pitch, and we're delighted that this work has been done. It will make an enormous difference to the club, and ensure that manager Leigh Dynan will have the kind of surface on which he can set up his side to play like Barcelona.

On the subject of that side, the club also added a new player yesterday, confirming the signing of forward Callum Davies. Callum made his one and only appearance for the Wasps in the narrow defeat against Whitehawk in late February, and previously played for Kingstonian, Merstham, Hastings United and Leatherhead.

 When will football be back? The truth is that we don't know yet!