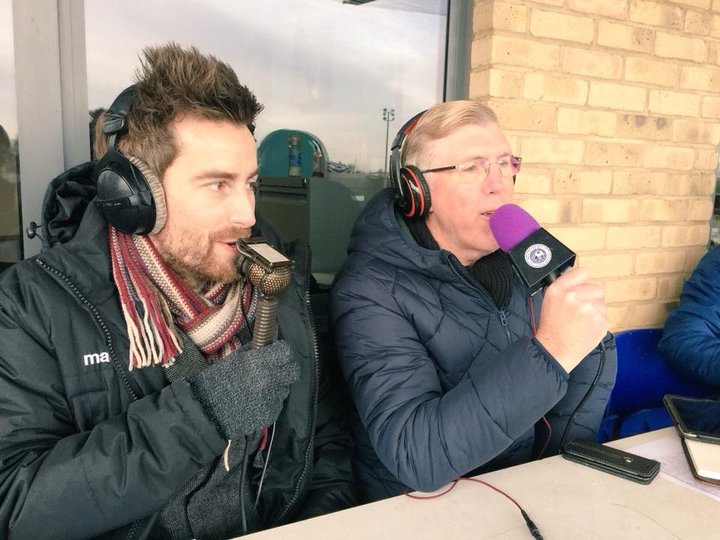 Former Merstham, Leatherhead and Casuals boss to take the reins at South Park

Former Merstham, Leatherhead and Walton Casuals manager Mick Sullivan confirmed today that he has accepted an offer to be the new manager of South Division South Park.

Mick, who has most recently been working in media with Back of the Net and with his own company, Sullivan & Pascoe, spoke to isthmian.co.uk this morning to explain why he had decided to get back into the dugout.

"Whilst I have thoroughly enjoyed my media work, and hope to continue to do it where time allows, since leaving Merstham last summer I have been looking out for the right opportunity to get back into a managerial role. South Park called me for a chat, and when they offered me the position there was no hesitation on my part. It's a fabulous club- and I have enormous trust in the people behind the scenes there. I know that they buy into my vision of what the club can become, and that they will give me the time and the support to make it work."

As manager of Merstham during perhaps the most successful period in their history, Mick sees many parallels between the clubs. "When I took over at Moatside the club was in a similar position to that which Park occupy now, and I think I can make a similar difference at King George's Field. I'm really enthusiastic about the challenge ahead; there is much to look forward to, but also much to do- and I'm confident in my ability to make a positive difference.

I'm also lucky in that I'll have the support of Malcolm Porter and Joe McElligott, who will still be involved at the club. I've met the players and they've been both positive about my arrival and open-minded about the changes I want to make- and it seems that most of them want to stay."

Mick has set his sights on matters off the field, too, "We've one more season on grass before we lay a 3G pitch, and that will be marvellous- but I want to improve the training facilities, and to see whether we can use the website and social media far more to get the club into the public eye. If you want to grow as a club you need to attract people from the local area through the turnstiles- and getting the media side of the club right is one of the ways in which you'll do that. I've learned an awful lot from my time working in media over this last season, and I want to see whether I can bring that knowledge to South Park- and I now have a number of contacts I can ask for help and advice, too!"

The very best of luck to Mick in his new role- but don't forget you can hear his commentary on www.backofthenetsouth.co.uk tonight, tomorrow and over the Bank Holiday weekend, as the playoffs continue. Perhaps during next season's playoff campaign he'll be the one on the other end of the microphone.

Mick is pictured on the right of the headline image, taken during his Back of the Net duties.

 Bostik Blog: A second strike of lightning Bostik Blogger Louis Maughan headed to South London to watch Greenwich Borough face Corinthian-Casuals in a Playoff Semi-Final for the second season in a row. But fails to tell us the story of the six-foot badger.