Teniola time for the Seed Growers 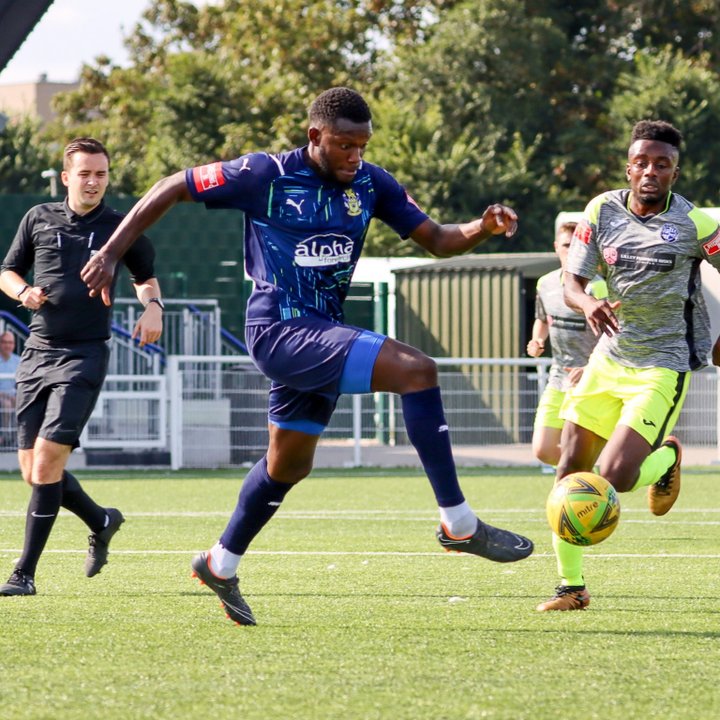 It seems only ten minutes ago that we were announcing Alex Teniola's move from Heybridge Swifts to Aveley, and now we're announcing another move to Coggeshall Town, for whom he made a debut in the defeat at Tilbury on Saturday.

It isn't actually ten minutes, it's seven weeks, during which he made seven appearances- five from the bench.

Alex was only with Swifts a short time, too. He left the club in the summer of 2020 after a sensational season during which he scored twenty three goals- who knows how many he'd have scored had we managed to actually finish the campaign. He was snapped up by National League South side Chelmsford City, but his time as a Claret was cut even shorter than his time as a Swift.

He previously turned out for the Millers, Phoenix Sports, Thamesmead Town, Dulwich Hamlet and Greenwich Borough.

Image of Alex at Aveley courtesy of Lambpix.