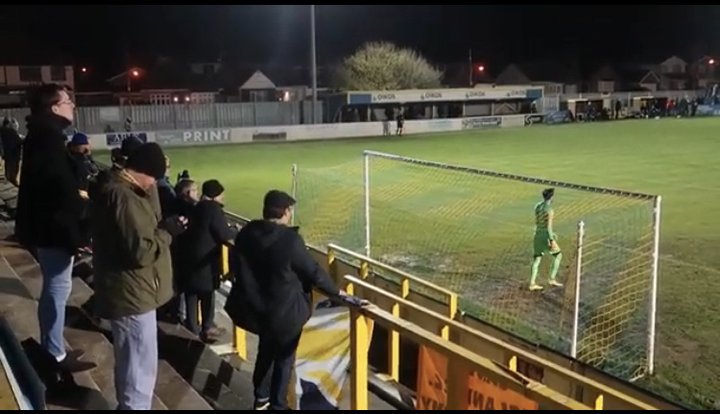 For me, my best moment of 2020 is one I deem as more bittersweet than anything else. I try and get down to see my local side Canvey Island in action whenever my commitments as Media Officer at Southend Manor permit me to do so, and I was lucky enough to get down to both the Second Qualifying, Fourth Qualifying and Second Round Proper ties in their fantastic FA Cup run.

I achieved the latter in a professional capacity, representing my media agency with tweets, photography and a match report all achieved on that cold November night in front of the BT Sport cameras. I doubt I’ll ever see as many photographers or journalists as I did that night at Park Lane. It was just a shame that the result wasn’t that desired by myself or anyone who loves the Gulls.

The saddest part of it was that that game- against Boreham Wood- would ordinarily have been played in front of a crowded Danny Green Community Stand and Seawall Goal End. On this occasion, however, the only people at those ends were photographers, BT Sport videographers and a small number of Canvey fans who were peering over the fence or perching on the seawall to watch the game.

I’ve seen some big crowds in my time watching Canvey; for example the 1900+ who packed out Park Lane to see the Gulls beat West Ham 2-0 in a friendly in August 2015 and the 600+ for the visit of Havant & Waterlooville in October 2014. But had the Boreham Wood game not been behind closed doors the likelihood would have been that we would have had a sell out. It's rather sad when you think about it.

The cup run was a good one, with penalties against Biggleswade, joy in the victory over Cray and heartache in the Boreham Wood game. There was a good atmosphere at all three games I saw despite the challenges created by the rise of Covid cases throughout that period of time. This brought memories I’ll definitely hold on to.

In a year where football- a big part of my life- was taken away, then restored temporarily before being taken away once more, the Gulls fantastic cup run is definitely my highlight of the year. Three games where I felt my happiest and was able to put behind me my fears and worries for a while.

I cannot wait to return to Park Lane whenever that chance comes along in 2021.

You've still time to send us your best bits of 2020. Email Ian on townsendaround@gmail.com.