The best of 2020: Finley Chung, Cheshunt 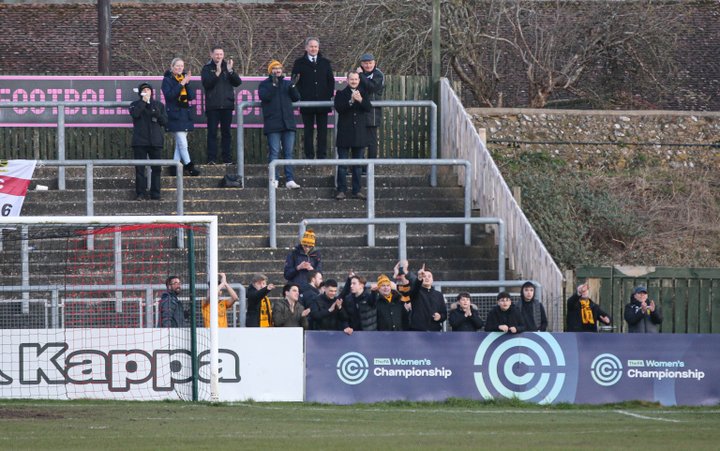 We asked for your favourite moments, and Finley takes us to the Dripping Pan, and recalls a six-one victory

It started off just like another away day! Cheshunt fans meeting up at Theobald's Lane at around 10am to all pile onto the coach We made sure the drums and the flags were also loaded on too!

We arrived in Lewes between 12:30 and 1pm and let me tell you, after stumbling out the pub opposite, we walked into the ground and it blew me away. You can certainly see why it is a ground that is heavily 'talked about' among Isthmian League Supporters; the views it gives were stunning, the food was some of the best I'd have at a ground all season, everything about it was just perfect.

On the pitch, well a 6-1 win sounds amazing originally but in the manner that we did, it was beyond amazing. We went 1-0 down really early on- inside two minutes I think- and I had that sinking feeling straight away, but Reece Beckles-Richards bundled home the equaliser on 20 minutes and we never looked back! Five unanswered second half goals, Reece getting his second, with Ryan Moss, Zack Newton and Mo Camara getting our other goals. We never stopped singing on that bank behind the goal in the second half and to me, it just epitomised everything Non League football is about; celebrations with the players, non stop singing and banter, and most importantly brilliant memories with great friends!

Those away days seem a world away now, but when they come back, we'll be there! COYA!

There's still time for you to send in your 2020 highlights. Email Ian on townsendaround@gmail.com.

 The best of 2020- your highlights We've already brought you highlights from fans of Canvey Island and Cheshunt, but here are a few more from fans across the Pitching In Isthmian League

The best of 2020: David Powell, Canvey Island  Gulls fan David takes us back to a day when his side delivered a Cupset against Cray Wanderers