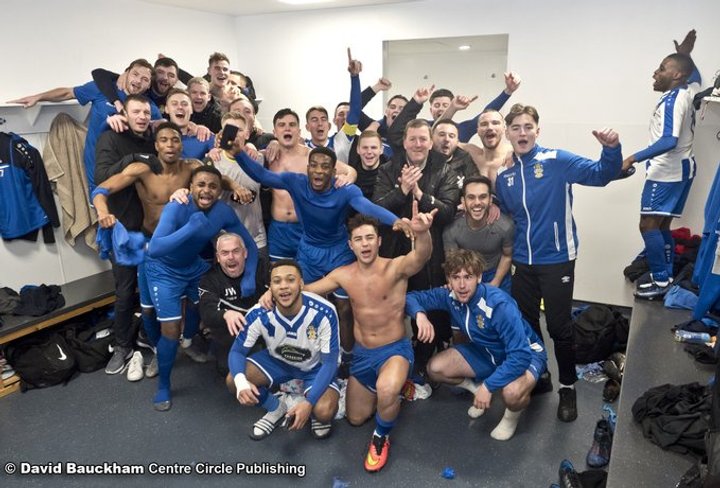 We've already brought you highlights from fans of Canvey Island and Cheshunt, but here are a few more from fans across the Pitching In Isthmian League

Yesterday we brought you the highlights of 2020 from Canvey Island fan David Powell and Cheshunt fan Finley Chung. Today we bring you more, from supporters across the Pitching In Isthmian League.

Barking fan Mike Stevens explained that his highlights were "Super Manny Agboola winning us those 2 penalty shootouts, Kings Langley in the FA Cup doing our bit of slaying the giant, and then Sittingbourne in the FA Trophy- plus, of course, having a nice new 3G to play on."

Peter Clarke also got in touch. "As a Faversham Town supporter of a few years the last years have been a bit lean for memorable moments, but hopefully we are back on the up now with our present management team. My memorable moment for 2020 was the last minute goal which saw Faversham Town win 2-1 away at Cray Valley PM. What a goal and what a result!" Well done Emmanuel Oluwasemo, for brightening up Peter's 2020.

On social media, @Lambpix1 was delighted to become an accredited Pitching In Isthmian League photographer- and we're sure Aveley fans have been delighted too; whilst Tony Hom recalled the day when Herne Bay came from a goal down to defeat Whitehawk in October, Laurence Harvey's winner coming in the last minute before Zak Ansah rubbed salt in the wound with a third in added time.

Corinthian-Casuals fan Smithy called his side's 5-4 win over Hendon in the FA Trophy "the best game I've ever witnessed down King George's Field," whilst James Sykes was impressed with Aveley's win over Chalmsford City in the FA Trophy, describing the Millers as the "best non-league time I've seen." Vince the cabbie was also a Millers fan, and his best moment was "going with Aveley to Notts County for the day with my son. Great day out."

@Aaronfootball4 explained that his best "moment" was "falling in love with non league and discovering my local side Bowers and Pitsea- I even got the shirt for Christmas;" whilst @mexicoseventy replied "Same here... one of the good things to come out of this was closing London Stadium forcing me to look to non league and @Maldon & Tiptree."

Finally, for Ben Chillingham, the entire league was a highlight. "I moved back to the UK in the summer and ‘discovered’ the Isthmian League. I had great fun touring a few grounds and hope to finish the Premier with Worthing, Brightlingsea, Folkestone and Bognor soon. Thanks to all the volunteers."

To all supporters, whether newly arrived or a stalwart of many years, thanks for all your support over 2020. It's been a terrible year, one which has taught us that, although there are many things far more important than football, we should appreciate each other and our beautiful game more than ever when we finally get it back. Here's hoping for a far more positive 2021.

 An Annual Event- The Big Book of Football Champions, 1958 Nineteen Fifty-Eight in English football was dominated by the Munich disaster and the resurgence of Manchester United from that adversity. We also had two Isthmian sides, Woking and Ilford, in the Amateur Cup Final

The best of 2020: Finley Chung, Cheshunt  We asked for your favourite moments, and Finley takes us to the Dripping Pan, and recalls a six-one victory