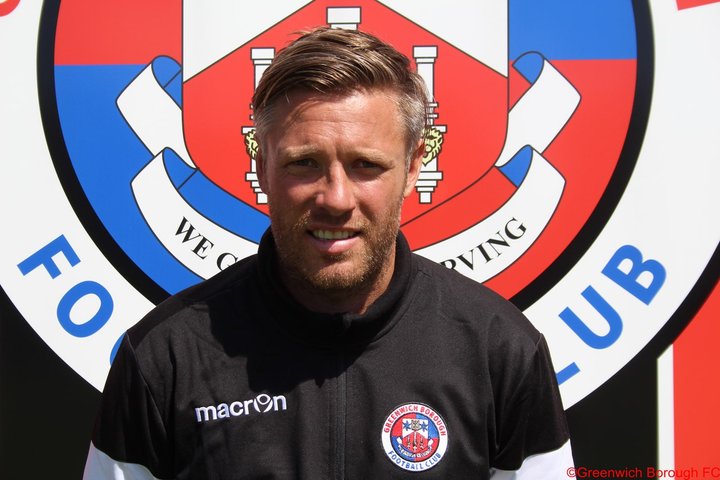 After spending almost his entire playing career in the Football League, winning promotions, fighting relegation and scoring twice in a Wembley play-off final, Greenwich Borough manager Gary Alexander should be used to pressure. However there is a difference between being part of a squad at a club where there are high expectations and being the manager under the same circumstances; the man in charge has nowhere to hide.

We caught up with Gary- as he prepared to face Three Bridges in the Preliminary Round of the FA Cup- to discuss his hopes for the season and review his managerial career thus far, whilst also focusing on his playing career and finding out what he learned from the likes of Kenny Jackett and Steve Evans.

The bookmakers have Greenwich Borough as virtual certainties for promotion. More than fifty percent of our supporters who predicted the outcome of the season thought the same. How does that kind of pressure impact on your team?

It’s up to the boys to stand up and be counted. I take it as a positive; if so many people think good things about my team it says a lot about their abilities as footballers. But there is always pressure. All we can do is respect all of our opponents, prepare properly and see where it takes us.

Last season was your first in the South Division, and your first as owners of your own ground for many years. You finished third- did you meet your expectations?

We exceeded them. We said before the season started that if we averaged two points a game it would give us a great chance of going up, and we ended up doing even better than that. In other seasons ninety five points would have been enough for promotion, but this time it wasn’t to be. However we want to improve on that this time around. The kind of characters myself and John (Assistant John Mackie) are makes us determined to push on. We know it will be difficult but we set our standards high.

Who do you expect to be your biggest rivals for promotion?

Everybody beats everybody else in this league. It’s difficult, there are so many good sides. Last season was the first time I’d ever been involved in the Isthmian League and I was surprised at the quality of the football played and some of the talent out there. It was a really good standard, with some very good teams who try to play the game the right way, and some exceptional players- look at the number now leaving to go to professional clubs.

Mohamed Eisa, who played for you for the last two seasons, left in the summer to join Cheltenham Town in League Two and last weekend scored against your old club Crawley Town- his second goal in two games. How highly do you rate him?

Mo was a credit to work with and I’m delighted for him. He scored more than fifty goals for me and he never gave up hope of making it as a footballer; he worked really hard to improve and he’s got his chance. Long may that continue- I think it will. Credit to him; he always embraced what we wanted from him and and hopefully we played a part in improving his game, but he has enormous ability and with a bit of luck he’ll go on and keep scoring. It’s a good example to the other youngsters I have- it’s to some extent about being in the right place at the right time and performing week-in week out, and there is lots of competition, but it shows that you can be noticed and get an opportunity. Mind you, there are lots of good youngsters in this league, not just here.

You’ve had quite a large squad turnover in the summer, with four players signing just last week. How long before the squad properly gels- before we see exactly what this year’s Greenwich Borough has to offer?

We’ve been working hard all pre-season and had some good performances, but of course I can’t forget that pre-season counts for nothing. I’ve got faith in the players and expect to start picking up points quite quickly. Last season we had to learn about the league, but we know how it works now and I’ve every confidence that we’ll produce the goods. I’m not actively looking for more signings at the moment- I’ve got youngsters who are capable of stepping up and who are in and around the first team and I won’t be scared to throw them in if I get injury problems- but of course you never say never, it depends on the circumstances. I’m happy with what I’ve got, though.

On Saturday you face Three Bridges at the first stage of your FA Cup journey. Is the tournament important to you, or just a distraction this season given the high hopes for promotion?

Of course it’s important, we need money! The situation here isn’t as some people away from the club make out, perhaps if they knew what our finances actually looked like they wouldn’t talk as they do. A cup run would be great, it’s a special occasion and a chance to progress, a chance to earn the club some money. It would be great to get a bit of luck and make the First Round proper- who knows where it can take you from there. The FA Cup is always special.

So what are the club’s long term aims?

We’d like to progress, but it won’t be easy. That said, I’ve got a Chairman who backs me, a Chief Executive and Board of Directors who do the same, and we’re here for the long haul. We’re trying to build progression, bring through the youngsters- thirteen of them got a debut for the first team last season- so really we just want to be competitive and see where it takes us.

On a different subject, you’ve played under the likes of Colin Todd, Brian Little, Jan Molby, Peter Taylor, Martin Ling, Uwe Rosler and Kenny Jackett. Which of these has had the most influence on your own management style?

I try to take a little bit of each of them, to replicate things that I liked as a player. I loved Brian Little when he took me up to Hull- I was still young and I quickly loved the way he worked, the way he was around people, the way he looked out for his players and gave you confidence. Then there was Uwe Rosler- he was really thorough, everything had to be done correctly. Kenny Jackett was really successful in the way he went about getting us prepared. I’ve been lucky; I’ve worked for many great managers and I hope I can take a bit from them all as that will make me a better manager.

So which bit will you take from Steve Evans?

Steve Evans…that’s a tough one to answer! He’s obviously the villain when he’s against you but when he’s with you, if I’m being honest, you love to have him on your side. When I played and he was managing the opposition I had many an argument with him, provoked by things he said on the touchline, but when he’s your manager he’s one hundred percent behind you and you can’t ask for much more. He’ll stick up for you, he’ll upset the opposition before games and it helps…he gets results. He’s a manager you absolutely have to work with before you get to see the real side of him. If he’s on your side, great- if he’s against you then he really gets under your skin. But all in all, he’s great to work with and gets results. There’s no knocking that!

You’ve had a relatively short managerial career so far, but what has been the highlight?

Getting the club promoted to the highest level it’s ever played at was brilliant, and then last season we more than competed. It’s been a real pleasure.

And what about as a player?

All of my promotions, obviously…but avoiding relegation with AFC Wimbledon was also memorable. When I got there we were eight points adrift at the bottom of the league, and we all pulled together and managed to survive with a win on the last day of the season- I scored one of the goals. It was just fantastic being part of that. But being a professional footballer- there’s no better life. You get to play football every day and get paid to do it, it’s just magical. There are no better days than when you get promoted, and you get to believe that dreams do come true. I managed to play at Wembley and score at Wembley; everything you dream of as a kid when you’re playing in the park. I’ve been really lucky.

That goal- your first of two for Millwall in the play-off Final of 2009- has been described as the best ever to be scored at the new Wembley. How does that make you feel?

I look back at it now with a lot of pride, but being selfish I’d rather we’d won 1-0 and I hadn’t scored; we lost. But my kids remind me of it all the time, everyone I speak to wants to talk about it, and I’m so grateful to have had that opportunity.

And out of all of the professional clubs you’ve played for, which has been your favourite?

I’ve had great times at all of my clubs. I had special moments at Exeter- they were the club that gave me my opportunity to be a professional footballer. I loved being at Hull City, I had four years at Leyton Orient winning promotion, I came to Crawley and won promotion, I enjoyed my time at AFC Wimbledon…Millwall, we won promotion, we had a cracking squad; it’s really difficult to pick one.

That’s very diplomatic, because Millwall supporters are quite clear that their club is your favourite!

I had special moments at Millwall and they are the club that I support, so yes, they are closest to my heart. But I look out for the results of all of the clubs I’ve played for and have great affection for them all.

Finally, then, let’s talk about your personal ambitions. You had the chance to leave Borough for another Borough, Stevenage, last season- but you turned that down. Where would you like to see your managerial career take you?

I want to get as far as I possibly can, to do as well as I possibly can. I’m doing all of my coaching badges; I’m on the A course now, and obviously I’ve got to win games at Greenwich Borough first and foremost. If I can do that, then who knows what might happen. The chairman would never stand in my way if a job came up that I couldn’t refuse, but my focus currently is one hundred percent here. 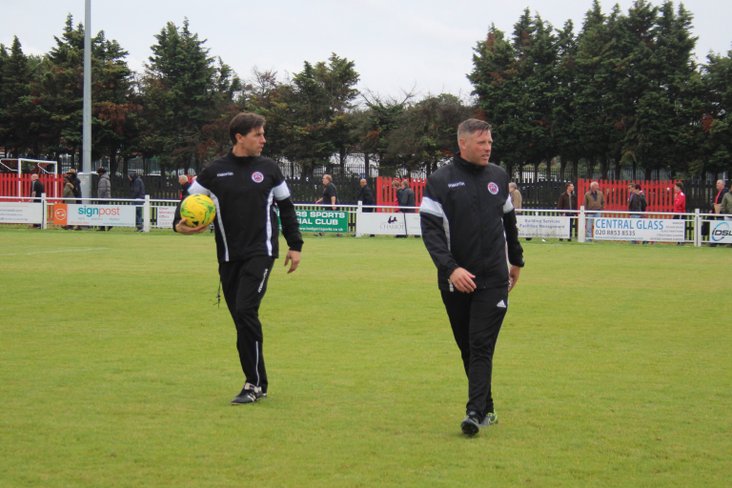