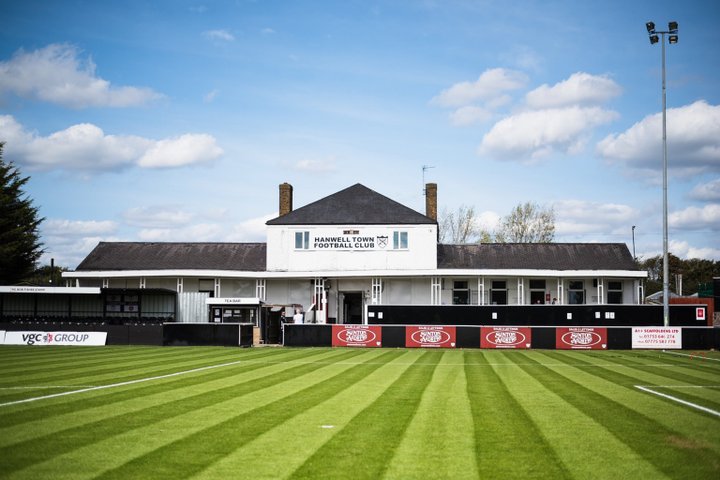 Hanwell Town had a fine victory over Chalfont St Peter on Saturday, and a collection of debuts- although some of them weren't Geordie debutants for the first time.

The big name, certainly given his form this season, was that of Chipstead striker Tom Collins, who followed his thirteen goals for the Chips with another on his latest Geordie debut. He got fifteen in twenty two appearances during his last spell as a Geordie before moving on to Marlow, and has also played for- deep breath- Walton Casuals, Kingstonian, Enfield Town, Hayes & Yeading United, Egham Town, Metropolitan Police, Hampton & Richmond Borough, Wealdstone, Tonbridge Angels, Bishop's Stortford and more!

Omar Watt came on from the bench, after moving over from Staines Town, where he had made six appearances this season. Full back Kyle Watson has most recently been with Broadfields United, who South Park fans will remember not very fondly after their FA Cup defeat earlier this season, and has also previously played for the Geordies as well as playing for Chesham United, whilst Nebay Haile came in from Hemel Hempstead Town. You'll remember the forward from East Thurrock United, Bracknell Town, Staines Town, Tooting & Mitcham Utd, Ashford Town and Northwood, but he has also played higher, not just with Hemel but also with Dartford.