The Geordies get an online boost- from the Geordies 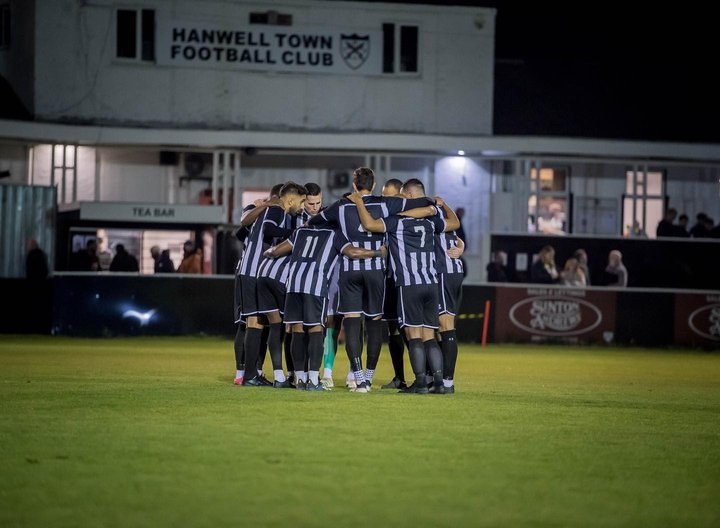 Hanwell Town attract the attention of their North East namesakes

An online Twitter competition has introduced a new set of Geordies to Hanwell Town. Elsa Jones got in touch to tell us all about a new supporter seam which the club hope to mine.

It’s been a strange couple of weeks for Hanwell Town. A Twitter nickname competition hosted by The Non-League Rambler saw our club’s profile sky-rocket in just 13 days. Hanwell Town are nicknamed ‘The Geordies,’ a name you would usually associate with the North East of England, in particular, Newcastle. There are 7 levels between Newcastle United and Hanwell Town and also 286 miles too, so what’s the connection?

Well, Hanwell Town were founded in 1920 by a group of lads from Newcastle. They were working close-by on the railways. A couple of months later they started a football team called Hanwell Town, adopted the black and white stripes of Newcastle United and nicknamed themselves ‘The Geordies’. 101 years later, we still play in black and white and call ourselves ‘The Geordies’!

We’d had interest prior to this competition from Newcastle United fans but nothing on this scale. Our 5,089 Twitter followers soon grew to 6,200. Our online shop became inundated with orders for replica shirts and much more. We were recognised by former Newcastle United players such as Andy O’Brien, Steve Howey, David McCreery and Alan Shearer!

The Twitter competition has changed our club for the better. It’s helped get our name out there, in London and in Newcastle. We received hundreds of messages, DM’s and emails from Geordies all around the world, from Texas to someone who lived in Hanwell their whole life! They’ve helped to piece together some more of the club’s history too. One new supporter told us that not only did the founders of Hanwell Town build the railways, they also built the A40, which sits right next to our ground.

We’ll be forever thankful to the Geordies for the support they have given us recently. From the good luck messages to the donations, thank you! It’s great to see how the football family have once again come together to support a small non-league club. We hope when normality resumes and Newcastle have a game in London, their fans will pay a trip to the Powerday Stadium for a pre-match pint!

 My First XI: Cray Wanderers, Mark Hunt We’ve been asking supporters to pick the best eleven players they’ve seen play for their club. On this occasion we’re taking a trip to Hayes Lane courtesy of Mark, who brings us his very favourite Wands

My First XI: Herne Bay, Ken Dixon  We’ve been asking supporters to pick the best eleven players they’ve witnessed play for their club. We’re off to the seaside on this occasion, courtesy of our former Supporter of the Year