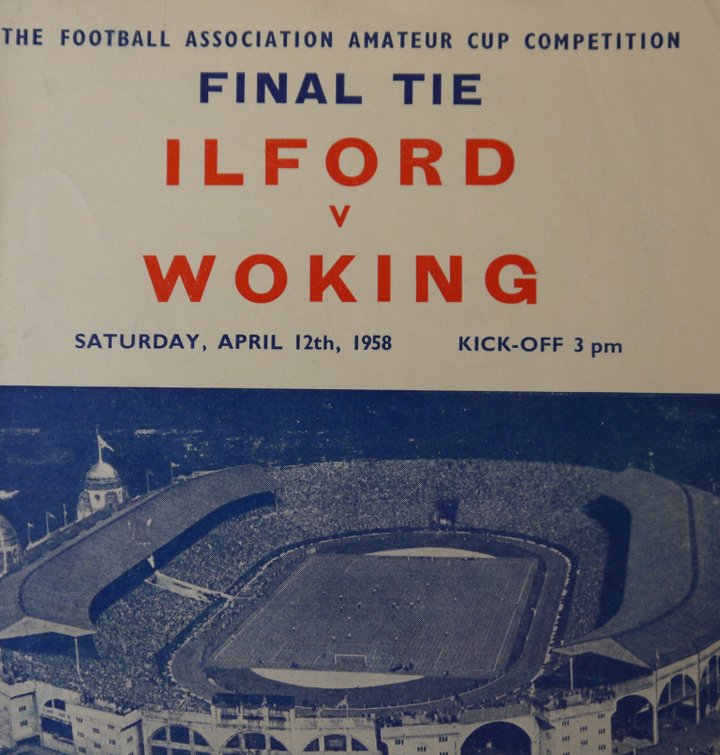 In the first of a series looking at the history of the Isthmian League, we head back to 1957/58, when the Terrors struck Terror and two of our sides contested the FA Amateur Cup Final.

The 1957-58 season dawned with Manchester United as the Football League Champions, Aston Villa holding the FA Cup- and the record of most wins, with seven- and with a young John Lennon and Paul McCartney, who had recently met at a church fete, wondering if they should form a band. Wycombe Wanderers held the Isthmian League Crown, and Tooting & Mitcham United were about to kick off their second season with us after moving over from the Athenian League.

The opening day was August 24th, and the results were as follows:

The other two clubs, St Albans City and Bromley, didn’t start their fixtures at the same time. Bromley played their first match of the season four days later, away at Woking-the match ending in a one-all draw; whilst City kicked off at home to Oxford City on 29th, the visitors continuing their excellent start with another win on the road, this time by two goals to nil.

The Terrors would lose only three more League matches all season, and won the league by four points, with Wycombe Wanderers the runners up. Amongst their seventy-nine goals were seven at home to Clapton on February 2nd, revenge for an away defeat back in August, six at home to Dulwich Hamlet, and five against Leytonstone, Romford and St Albans City. Second place Wanderers actually picked up four points from six against their closest rivals, but that wasn’t enough. Only one home defeat all season- a four-nil hammering by Woking in February- wasn’t really the problem, but their six defeats on the road undoubtedly were.

Nobody was promoted or relegated, despite Ilford proposing such measures in January- although were probably quite relieved that their idea was refused, as they finished the season fifteenth out of sixteen, with only neighbours Romford below them! 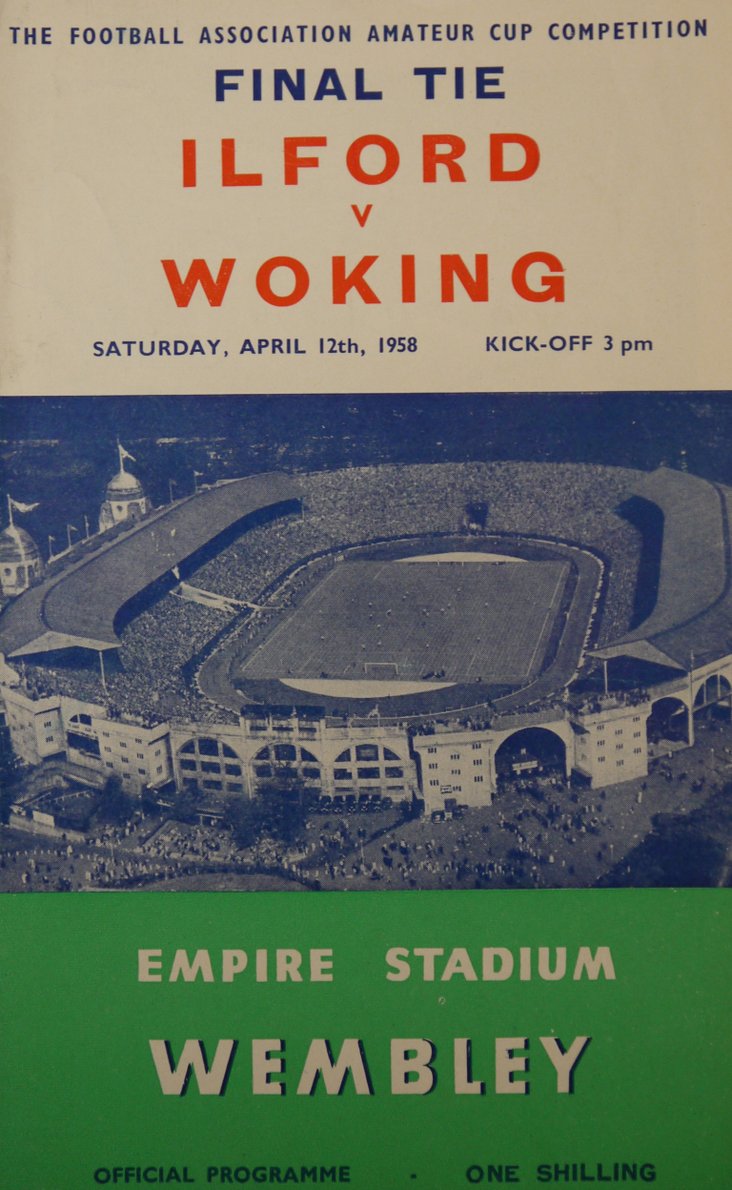 We don’t have attendance figures for most of the matches, sadly- but the highest we have is the five thousand six hundred who turned out to watch Dulwich Hamlet play Tooting and Mitcham United on October 12th. They saw only one goal, and the Terrors got it. 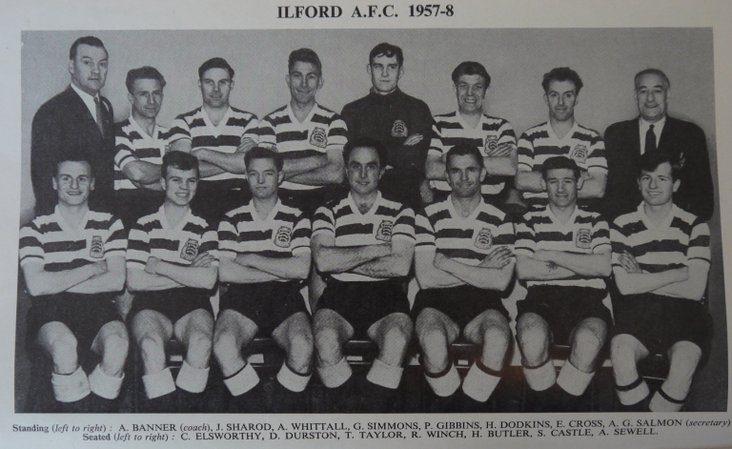 It wasn’t a good year for Isthmian clubs in the FA Cup. Three of our clubs got through to the First Round, played on November 16th, but not a single one of them progressed any further. Clapton came closest, bowing out to Queens Park Rangers, losing three-one in a replay against the Division Three South club at Loftus Road after a one-one draw in the initial tie. Wycombe Wanderers fell three-two at Dorchester Town, whilst Walthamstow Avenue went down one-nil at Coventry City. Bolton Wanderers went on the lift the trophy at Wembley, a double from Nat Lofthouse defeating a Manchester United side cruelly depleted by the Munich disaster, which happened in early February and eventually took the lives of twenty three people including eight of the finest footballers ever produced in the UK.

It was an entirely different story in the FA Amateur Cup, however. Seven of our teams got through the First Round, Bromley defeating Cambridge City two-nil, Clapton coming through a tight game with Southall by two goals to one, Corinthian-Casuals travelling to Hitchin Town and scoring the only goal of the game, Ilford defeating Eastbourne two-one, Tooting and Mitcham United travelling to Isthmian rivals Wimbledon and embarrassing them by five goals to nil, Woking defeating Aveley six-one, and Wycombe Wanderers defeating Leytonstone two-nil. 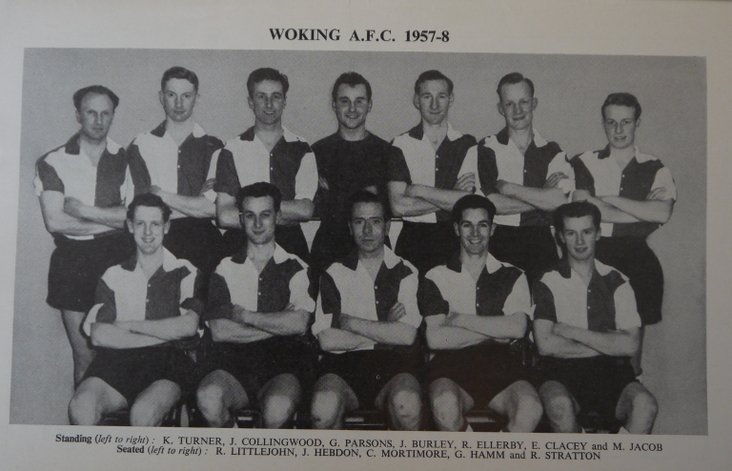 By the end of Round Two we were down to five. The Terrors fell to those Northern powerhouses Bishop Auckland, but Ilford scored four without reply at Bungay Town, Bromley defeated Clapton two-one, and Corinthian-Casuals defeated Salts by ten goals to nil with four goals for Tracey, three for Willett, and others from Vowels and Kerruish added to by an own goal.

The last sixteen saw Casuals take the favourites, Crook Town, to a replay before losing two-one, and Bromley also departed the competition in defeat to Vauxhall Motors, but it was good news for Ilford, who defeated Isthmian rivals Wycombe Wanderers two-one, and for Woking, who walloped Hayes five-one.

Into the Quarter Finals, and a favourable draw saw our remaining sides kept apart. Ilford were struggling in the league but a different side in the Cup, and defeated Vauxhall Motors comprehensively by three goals to nil. Woking had a much more difficult job, but eventually came through their tie against Finchley by the odd goal in five. 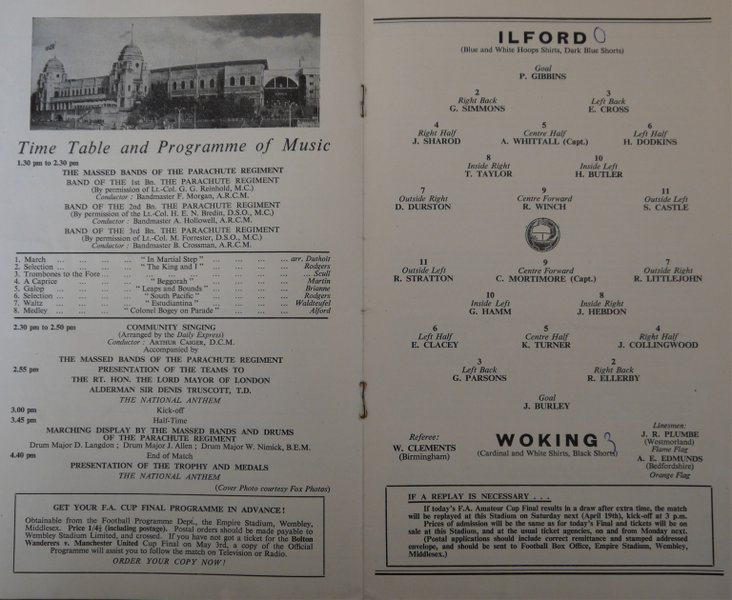 The Semi-Final draw also paired our sides with non-Isthmian opposition, but both looked to have even tougher tasks. Ilford travelled to Roker Park, home of Sunderland, to take on Crook Town. They were battered by the Northern League club for much of the match, but held firm and then scored the only goal of the game, captain Alan Whittall, a centre half, scoring his fifth spot kick of the competition to send the visitors to Wembley. Crook missed a spot kick of their own, and missed out as a consequence.

Woking travelled to Craven Cottage, home of Fulham, to take on Barnet. Cannon of the Bees and Michael Jacob- a Public Health Inspector by trade- of the Cardinals scored the goals that sent the tie to a replay, which was played at Griffin Park, Brentford. Another tight match went the way of the Isthmian side, a double from eighteen year old Reg Stratton- an England Youth International- and a goal from skipper Charles Mortimore, an England Amateur international regular, gave Woking a three-two victory. Burridge and D’Arcy scored for Barnet, but Woking held on to reach their first final- their previous best Amateur Cup performance ending in the Semi-Finals of 1931, when rather coincidentally they’d lost to Ilford. Could revenge be sweet?

The Final took place on April 12th 1958, and seventy one thousand people crowded into Wembley Stadium to watch. The Isthmian season was still to finish, both Ilford and Woking with games in hand due to their Cup heroics. Ilford still had seven fixtures remaining- including a trip to Woking at the end of the month- whilst Woking also had seven matches left. Eventual champions Tooting and Mitcham United, in contrast, had just three to play- including both home and away matches with the Cards. 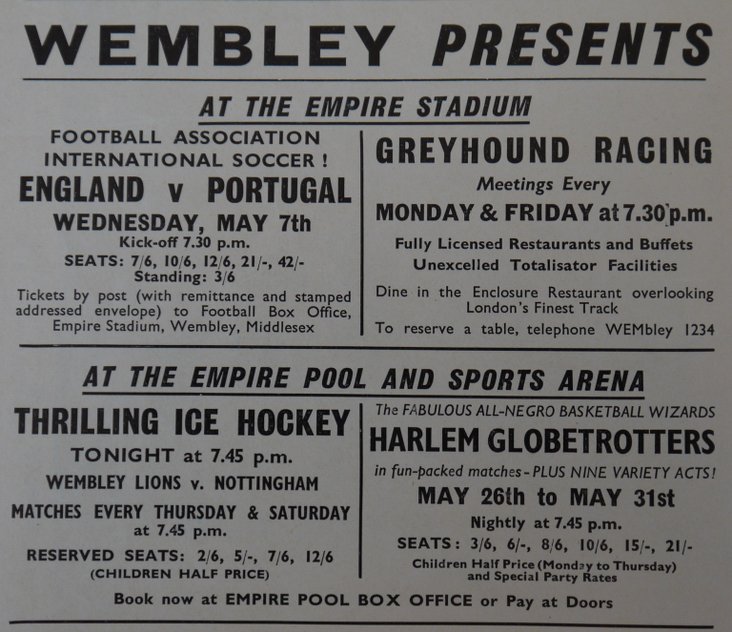 Woking had won the league match between the two, played on November 23rd, by three goals to nil. They were to repeat that feat at Wembley, opening the scoring through Stratton and, despite Ilford pressure, doubling that lead when the same player made it two. John Hebden got their third to clinch their first ever Amateur Cup success. It was to be their last, too, but they did win the FA Trophy in 1994, 1995 and 1997, as well as being losing finalists in 2006. Grays Athletic fans will remember that one!

Check out our Isthmian Archive site, here- that's where we got the table and much of the other information from.