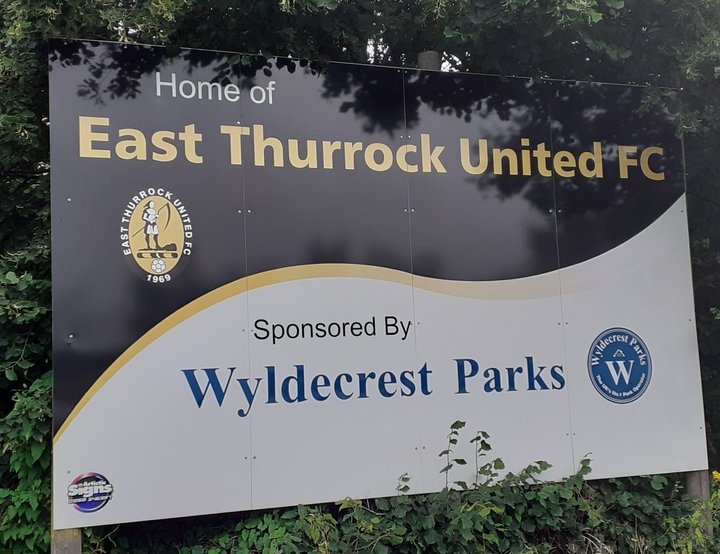 Eagle-eyed East Thurrock United supporters were undoubtedly far more interested in what was happening on the pitch than on the bench on Saturday, but they may have noticed two new names amongst the unused substitutes- alongside a new number ten who was in the thick of the action from the start.

That number ten was Jake Gordon, who has moved up from Great Wakering Rovers, where he has already made seventeen appearances- scoring four goals- this season. Jake has played for a number of our clubs, notably Brightlingsea Regent, Aveley, Thurrock, Canvey Island and Bowers & Pitsea, after coming through the Academy at Chelmsford City.

Ehizojie isn't new to the club, as the defender signed on just before the pandemic, moving over from Cray Wanderers. The former Crystal Palace player, who has also spent time at Greenwich Borough, was also with Sporting Bengal, and was more recently at Basildon United.

Ben came through the youth setup at Concord Rangers and progressed from the Under thirteen side right through every age group until joining the first team squad. This season the midfielder has played ten times for Witham Town, scoring in the first two.

Make it Snappy! Saturday 27th November 2021  Our usual round up of fabulous photography from yesterday. Thermals were optional.