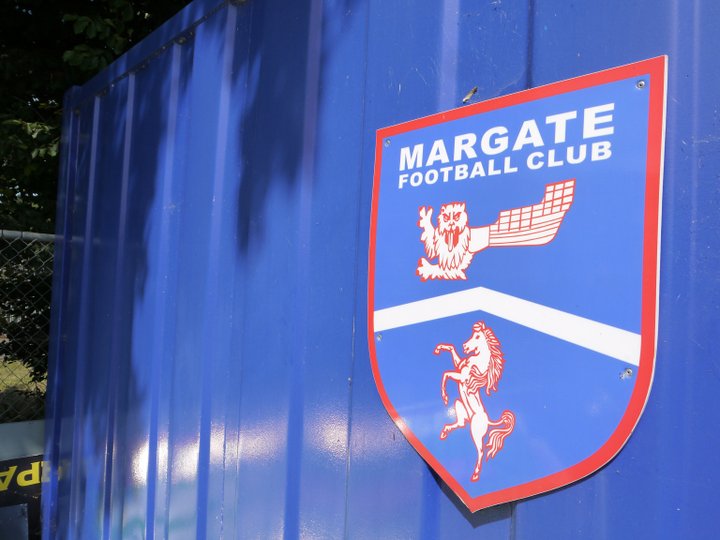 Margate have announced the arrival of Adam Topley, who was gracing the North Division turf for Heybridge Swifts last season, playing forty times in black and white.

Adam came through the youth system at Concord Rangers, and as well as playing for the Beachboys he spent time on loan with Canvey Island and Aveley, playing four times for the Millers and eight times for the Gulls.

He moved on to East Thurrock United in the summer of 2019, but had little luck with injuries, playing only once at Step Three before spending some time with Tilbury, for whom he played eight times. He moved to Brightlingsea Regent for the 2020-21 season, and played twelve times-which made him an ever-present.

 Daniel and Gayle look good in stripes Folkestone Invicta go shopping, and come back with Ian Gayle and Kadell Daniel in their basket