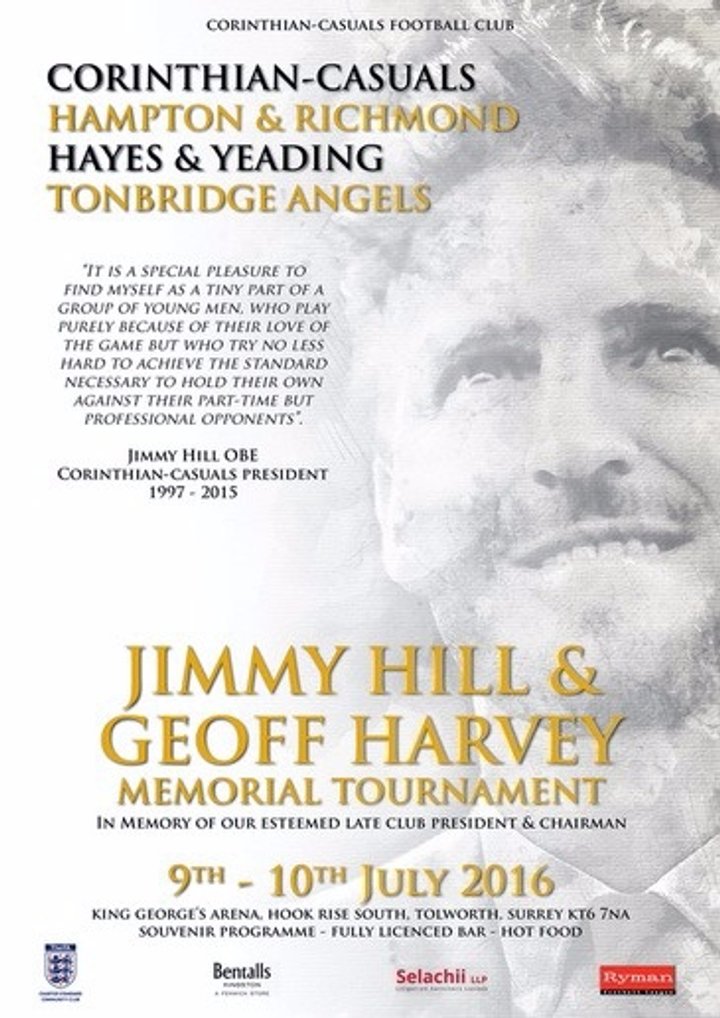 Now an established part of pre-season preparations for many Non-League sides, the prestigious seventh annual tournament at King George’s Arena on Saturday 9 and Sunday 10 July has been renamed following the passing of late footballing legend and former Casuals president Jimmy Hill OBE in December.

As always, the format sees two ‘semi-final’ matches on the Saturday, with 11am and 3pm kick-offs. The winners of each game, decided by penalties should the scores remain level at 90 minutes, will then face each other for the prestigious Vase on Sunday 12th July at 3pm. The losers from Saturday will face each other in the earlier kick-off at 11am. 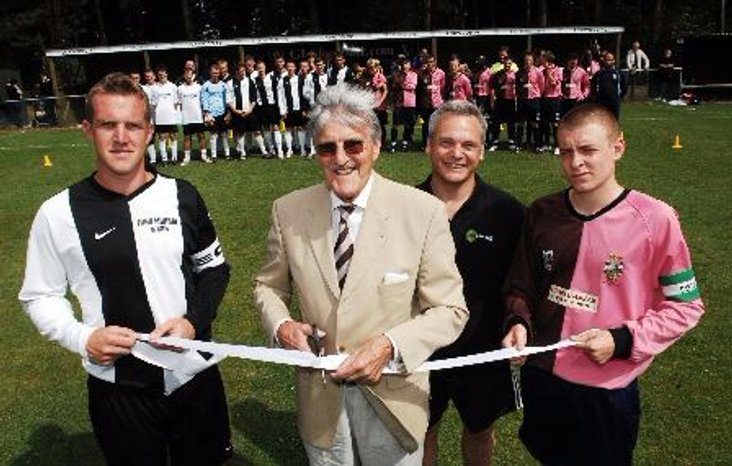 The club's late president and chairman

Admission is £8 per day or £12 for the weekend – working out at just £3 per match. Seniors are entitled to half-price entry while U16s go free when an accompanied by an adult. Supporters and visitors alike can look forward to enjoying a fully licenced bar, hot food and a full colour, glossy souvenir programme.

A spokesman said: "Whatever the outcome of the four games, adding a competitive edge to the pre-season programme is always welcome and last year’s tournament saw Tooting and Mitcham defeat Hampton 4-3 on penalties in a gripping final."

 Champions double up on Dowson Alan Dowson has been rewarded with a new deal for leading Hampton & Richmond Borough to the Ryman Premier title and promotion.