Towners to travel to Manchester to take on United 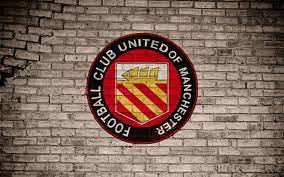 That's FC United, the fan owned club formed by disgruntled fans of that other United...

Enfield Town have announced that they are taking a trip up the motorway to Greater Manchester on July 24th, to play against FC United of Manchester for the Brian Lomax/Supporters Direct Trophy.

The match also celebrates the anniversary of our very own Towners, the first ever supporter-owned club, who are celebrating twenty years of existence this year. Their opponents- and hosts- were formed four years later by supporters protesting the ownership of Manchester United by the Glazer family, and perhaps they might have an even greater number of followers given recent events.

“I’m delighted that we have been able to organise another fixture with FCUM, this being our 20th year.

It’s great that we can mark the occasion with another incredible fan-owned club. The game at our own QE stadium two years ago was a brilliant night with good football coupled with fantastic camaraderie amongst supporters and I’m sure this fixture will equally as good.

Just as importantly is that chance to play for the Brian Lomax trophy. Brian was an incredible inspiration in the formation of our club and encouraged, guided and supported us and many other clubs through our early months and years. It’s a great honour to be able to play for a cup in his name.”

The match will be played at United's Broadhurst Park. Admission prices will be as follows:

Enfield Town are running a coach, see the website- here- for details.