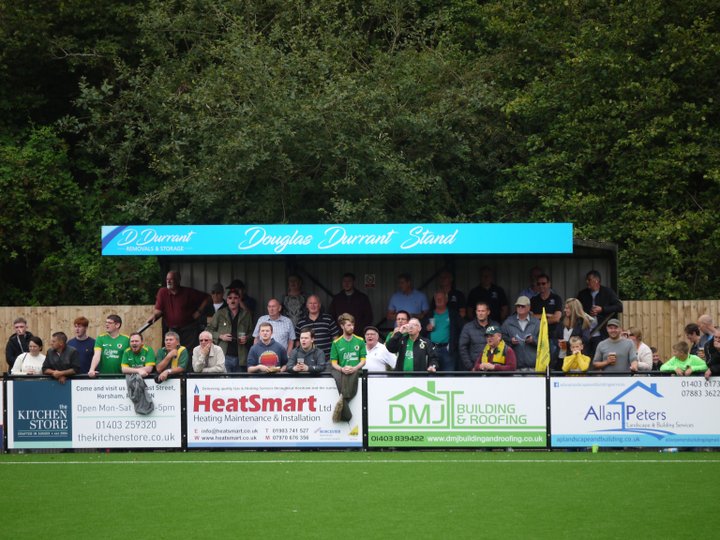 Bognor announce that long-serving Doug is off to Horsham

Bognor Regis Town have announced that their midfield dynamo Doug Tuck has decided to leave the club after more than six years, and head to Horsham.

The Hornets have already made some rather impressive signings over the last couple of weeks, and this acquisition will further strengthen the squad that was in sixth place in the Premier Division when last season came to a premature end.

Doug made more that three hundred appearances for the Rocks, joining the club after departing Brighton & Hove Albion. He made forty three appearances as the club earned promotion to National League South back in 2017, and was a crucial part of the squad who made it to the Semi-Finals of the FA Trophy the season before, running Grimsby Town close in their attempts to reach Wembley. That same season the club made it to the Semi-Finals of the Playoffs, running out of steam just before season end after playing three times a week in an attempt to catch Havant and Waterlooville. He appeared thirty six times last season, scoring six goals.

 A Hawks signing update Since we last reported on the goings-on at Whitehawk they've announced a new signing- and a collection of returning players. Here's the who's-who.