Tuesday night round up 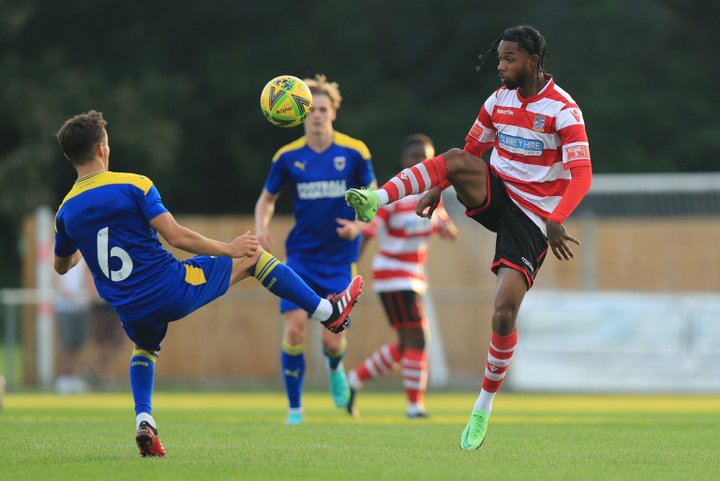 We had a large number of friendly matches last night. Here's what occurred, apart from sunburn.

It's difficult to deliver an entirely comprehensive round up when you have to rely entirely on social media, but here is what we think happened last night! If we don't give you scorers, that's because we have no idea who scored.

Ashford Utd defeated Margate one-nil thanks to Steventon, whilst Worthing won three-two at Baffins Milton Rovers, Perry, Pattenden and Seager on the scoresheet for the Mackerel Men. 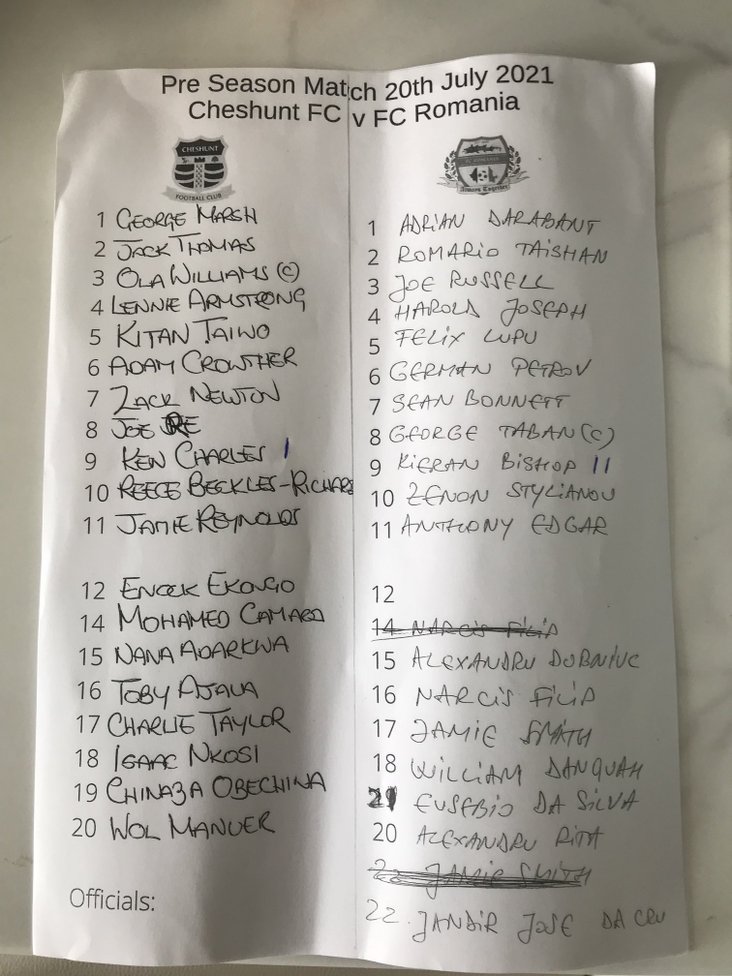 Leader and Jones where amongst the scorers for Barking in a three-three draw with Walton Casuals. Photos from that one, courtesy of Terry Gilbert, can be found here.

Bowers and Pitsea hosted Maldon and Tiptree in a match which saw the Jammers slay another giant, winning- we believe, as the final score isn't given anywhere- four-one. We know that Kemp got two for the visitors whilst Trendall scored for Bowers.

Canvey Island defeated neighbours Concord Rangers by three goals to two, Price, Girdlestone and Chatting finding the net for the Gulls. Carshalton Athletic fell three-one against Dartford, Ufuah with the Robins goal right at the end.

Cheshunt and FC Romania drew two-two, with goals from Charles and Obechina -team sheet taken from the Ambers twitter feed- whilst Corinthian defeated Greenways by two goals to one.

Didcot Town defeated Basingstoke Town two-one, whilst Enfield Town lost four-nil against a Tottenham Hotspur U23 side, and were graced by the presence of Spurs legend Gary Mabbutt.

Sam Bewick scored the only goal of the game as Faversham Town defeated Canterbury City, whilst Felixstowe and Walton Utd fell two-nil against Ipswich Wanderers.

Glebe hosted a cracker against Cray Wanderers, the Wands winning four-three with goals from Brodie, Lewis (2) and Kedwell, whilst Great Wakering Rovers fell two-nil as they hosted Southend United.

Hornchurch, meanwhile, were in two places at once- as were Southend! The Urchins defeated a Southend side three-one, with goals from the usual trio of Stimson, Dickson and Nash, whilst another Hornchurch side were apparently at Halstead Town, but we've no idea what happened in that one.

Haringey Borough hosted Sutton United and lost four-nil, whilst in Sussex Haywards Heath Town v Hassocks ended with the same scoreline but a different outcome, as Heath took the plaudits. We know that Dos Santos and Gilbert were amongst the scorers.

Herne Bay defeated Punjab United by three goals to one, whilst Heybridge Swifts also got three, against West Ham United U23. The young Hammers managed two in reply. Adlington, Topley and Teniola scored for Swifts.

Hythe Town and Tunbridge Wells played out a one-one draw.

Into Surrey, and Kingstonian defeated AFC Wimbledon by two goals to nil. We don't know who scored, but Simon Roe took some fine shots. See one of them at the top of this article, and the rest here. Along the road Leatherhead were hosting Three Bridges, and it was Bridges who left with the win, one-nil.

Maidstone United U23 defeated a Folkestone Invicta XI by five goals to two.

Merstham and East Grinstead Town drew one-one, a trialist scoring for the Moatsiders, whilst Norwich United defeated Dereham Town one-nil in a match that ended early, apparently due to floodlight issues, so the Magpies are claiming a draw and an undefeated pre-season so far!

Whitehawk took on Saltdean United, and both the Hawks and the Tigers failed to manage feast as the game ended goalless.