Two more for the Brickies 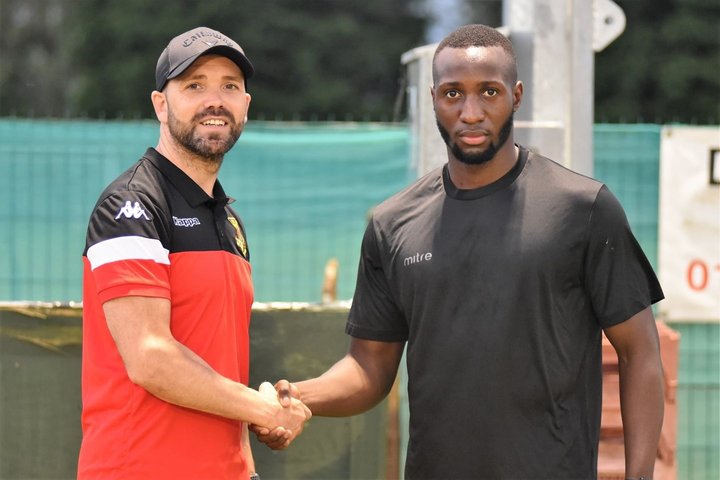 Sittingbourne confirm another pair of signings

Following the return to the club of Andy Drury earlier this week, Sittingbourne have further strengthened their squad for the 2020-21 Pitching In Isthmian South East season by adding defenders Salvyn Kisitu and Freeman Rogers.

Salvyn, pictured above, has played for the club before, making seventeen appearances during the 2017-18 season before heading off to Hythe Town (eleven appearances) and Folkestone Invicta (four). He spent the 2016-17 season with Leatherhead and VCD Athletic. He was part of the Leyton Orient Academy and was then a youth player with Swindon Town before heading to Wrexham. In addition, he has played international football at Under nineteen level with Uganda.

Last season he played twenty times in the Isthmian Premier for Haringey Borough.

Freeman previously played Isthmian football with Chatham Town, and has also spent time with Faversham Town. Away from our league he has been skipper at both Tunbridge Wells and Lordswood, and has also turned out for Hollands and Blair.

A World Tour of Kent- Part Four: Herne Bay  We continued our pre-season trip to the Garden of England at Winch's Field