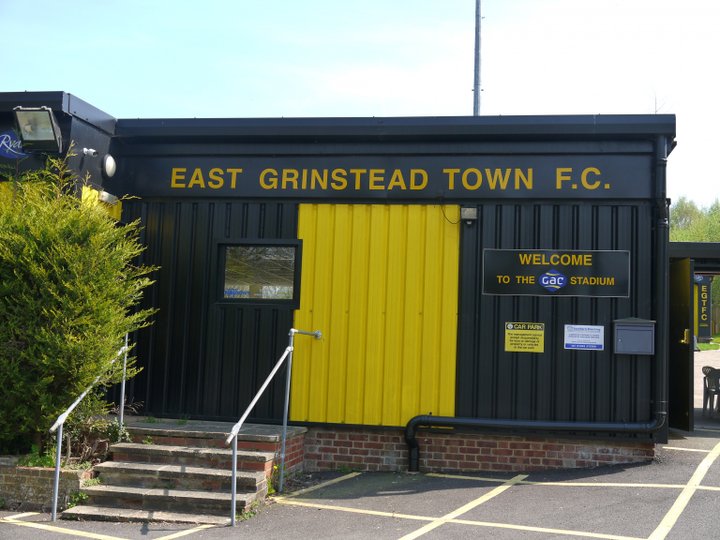 East Grinstead Town manager Leigh Dynan has been rather busy during the summer, ensuring that he has a squad ready to challenge at the right end of the table when the new season begins. His two latest signings, unveiled yesterday, are Glenn Wilson and Delano Sam-Yorke.

Glenn came to prominence not too far up the road from East Court, as he was a big part of the Crawley Town squad which reached the Fifth Round of the FA Cup and won promotion from the Conference in 2011. He spent five years with the Red Devils, and was a big favourite with the fans as he was never less than fully committed to the cause. He went on to play for Salisbury City, Aldershot Town, Margate, Greenwich Borough, Wealdstone and Hornchurch, amongst others, and spent last season at Enfield Town.

His new manager commented: "I'm very very excited and happy that we have got someone of Glenn's experience to come and play for the Wasps at centre half. He will be invaluable in the dressing room and working with the younger players."

Striker Delano played for his new manager briefly at Kingstonian, where he played whilst on loan from Dartford. He first came to prominence at Woking, and went on to play for AFC Wimbledon, Cambridge United, Lincoln City, Forest Green Rovers and Maidstone United amongst others, and made eight appearances for Merstham last season, scoring three goals.

Leigh welcomed him to the Wasps by explaining: "I'm delighted to sign Delano after good discussions. He is a player I know after loaning him at Kingstonian from Dartford, and he was absolutely outstanding. Sadly he got injured near the end of his loan spell. He's a quality striker who will be a handful for any defender at this level. I'm looking forward to working with Delano this season."