After finding fame last season for the vocal backing he gives his heroes on their travels, the 'Witham Ultra' is appearing on Channel 4's hit show The Undateables to find the woman of his dreams.

A fan of the Essex club for the last decade, Beardwell made the pages of The Non-League Paper after his virtuoso performance of "Come on Witham" was heard throughout the 90 minutes of a 2-2 draw with Lewes at The Dripping Pan.

Looking ahead to his TV debut at 9pm, Beardwell said: "There's two famous people that have come from Witham Town FC, footballer Cody McDonald who is now playing at Gillingham and Olly Murs the pop star and I might just be the third!" 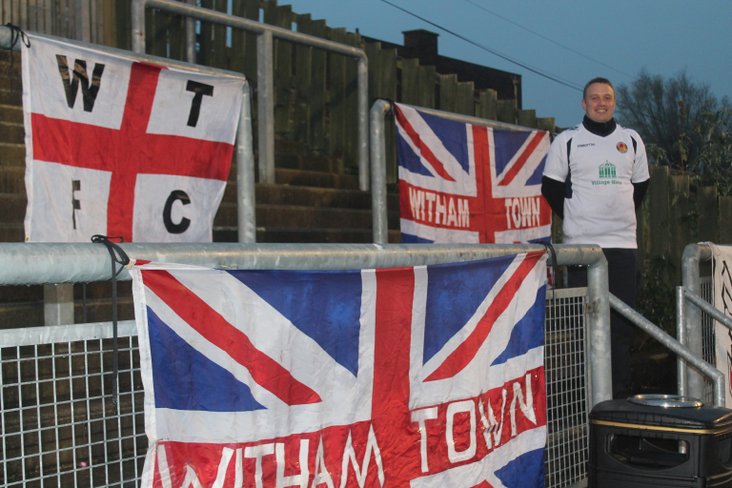 A spokesman for the Ryman North club said: "Good luck from everyone at the club James. We'll all be watching!"