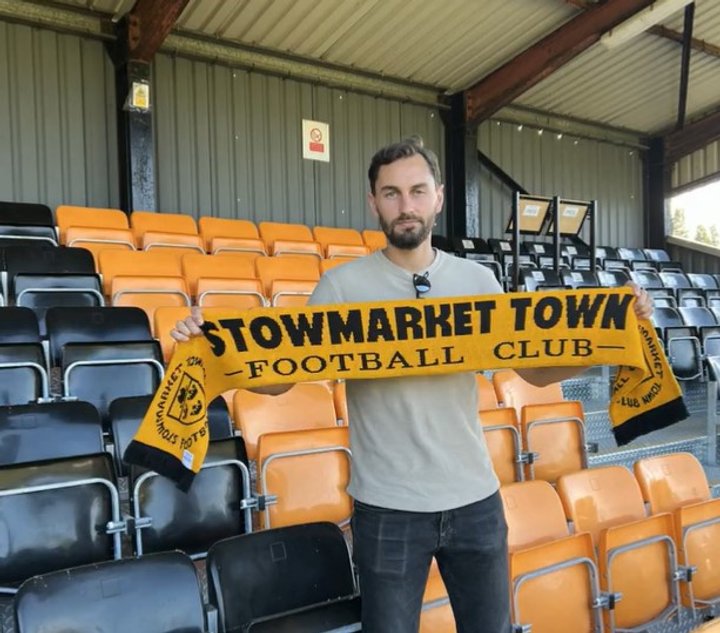 Stowmarket Town have added a great deal of experience- at a much higher level- to their midfield, as Ed Upson signs on for the new season.

Ed came through the ranks at Ipswich Town, and since then has played as high as the Championship, during his nearly four years with Yeovil Town and, following his time as a Glover, with Millwall.

After departing the Lions he played for MK Dons and Bristol Rovers, moved across the Severn to turn out for Newport County, and them moved nearer to home, ending last season with Stevenage.

He also played for England at Under Seventeen and Under Nineteen level.