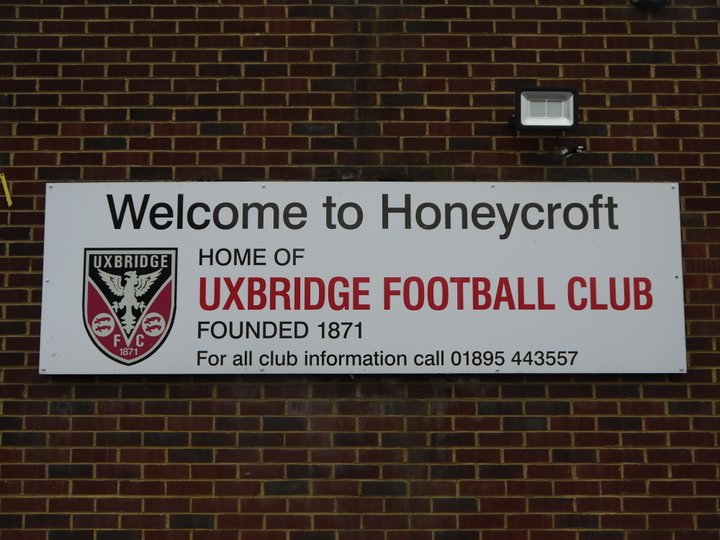 Uxbridge- and opponents Southall- both celebrate their one hundred and fiftieth birthdays with a match tomorrow, and produce a special programme to mark the occasion

Tomorrow is a big day for Pitching In Isthmian South Central side Uxbridge, and their opponents Southall of the Combined Counties Premier, as the two clubs are both celebrating turning the grand old age of one hundred and fifty years old. What do you mean, they don't look a day over forty? It's just the quality of the air in Middlesex!

Just over 6 miles of the Uxbridge Road separates the two, and little more than a month separates their formation. They first met on the field in October 1871, a match which was the first that Southall ever played, and might have marked the same milestone for Uxbridge (even their history experts aren't quite sure). Uxbridge won that one by one goal to nil, and tomorrow the two will compete once more- and this time there is a cup for the winners, and a special souvenir programme will be available to purchase which will be of interest to the locals and any groundhoppers who may be in the vicinity.

The cup- which will be won, there will be a penalty shootout if the match is level after ninety minutes- will be named after Hubert Heron, who played for both sides in the year of their formation and went on not only to win full international honours but to win the FA Cup, with Wanderers in 1876 and 1877.

The match kicks off at 3PM. Admission is a fiver for an adult, three pounds for a concession, and under sixteens will get in for nothing.

Pitching In Isthmian League- supporters predictions 2021-22: Grays Athletic  We’re in the North Division once more, and off to Grays Athletic courtesy of Stewart Goshawk