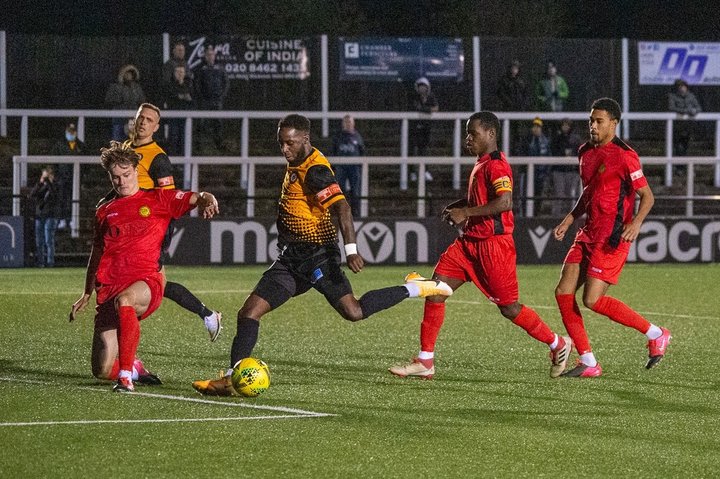 Whilst in the North Division, Grays move into the top five. It's our round up.

Cray Wanderers have had an up and down October, but as they approach the final match of the month- at Whitehawk in the FA Trophy on Saturday- their fortunes have shifted in a decidedly upward direction. That was rather unfortunate for their opponents last night, Merstham heading back to The Whisky Bible Stadium perhaps in need of that beverage after a six-nil thrashing.

Wands were two up inside ten minutes, Ben Mundele and Bradley Pritchard delivering early security, and it was three by the break, Jay Leader on the half hour effectively ending the contest. There were three more in the second half- Rhys Murrell-Williamson with the fourth and then, for those of you wondering why Joe Taylor wasn't on the scoresheet, the Cray talisman popped up with two to make it eleven for the season so far.

Wands ended the day in fourth place, whilst the Moatsiders are holding up the rest.

The North Division had but one game and one goal, but it was enough to see Grays Athletic move into the top five. Anointed Chuku, who joined the club recently from Romford after spending some of last season with East Thurrock United, scored his first goal for Grays in his second match. It arrived just before half time, and try as they might Rovers couldn't find an equaliser- and left the field a man short as Sam Carter picked up a second yellow just before the end.

Grays are fifth, Rovers are twelfth.

Get with the e-programme: Midweek Sports Special  A handful of electronic programmes from last night's fixtures.