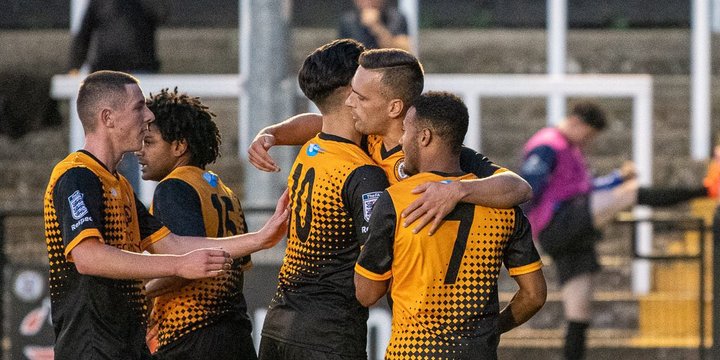 We had matches in the Premier, North and South Central Divisions last night. Here’s our round up.

Cray Wanderers got their first Premier Division victory last night with a 3-2 win at Hayes Lane. This was the second Wednesday fixture in a row that Wands had seen end 3-2, and the second one that had late drama, but this time around the home side were able to ward off Kentish pressure to seal the points- and their first top-flight win for five years.

Freddie Parker made the breakthrough after half an hour, giving Cray the reward their pressure deserved. Five minutes later it was two, as Joseph Taylor notched from the spot, but when Noel Leighton headed in seven minutes after the break the visitors had hope once more.

Parker tried his best to extinguish that in the seventy third minute, capitalising on a defensive lapse to fire home- but Gate weren’t done, and as the clock ticked down Dan Johnson got one back to make the home side sweat. Sadly for visiting supporters it was too little too late for the Hartsdown Park side, who will try once more to record their first victory of the campaign as they host Lewes on Saturday. We’ll be there to watch, so look out for our BetVictor Isthmian Matchday feature by half past five. 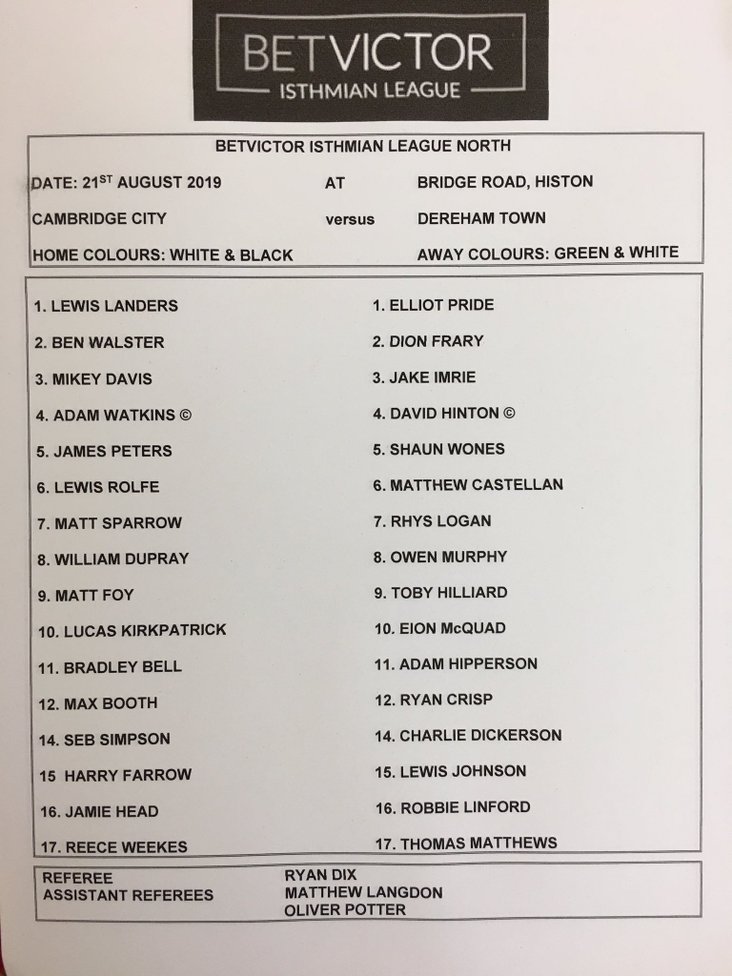 Our headline image is taken by Jon Hilliger, and you can find more of his excellent work here.

Into the South Central Division now, and FC Romania got their first victory of the season as they hit four goals past Northwood. Samuel Oyeniran opened the scoring in the ninth minute, and although Harry Lodovica managed to find an equaliser for Woods just before the break there was still time for Joshua Williams to fire the Wolves back in front.

After the interval it was one-way-Wolves as Adrian Hurdubei and Gabriel Ghinea made it first three and then four, which meant that Conrad Kewku Lucan’s seventy-second minute goal for Northwood was no more than a consolation. FC Romania climb to ninth, Woods are 18th.

We end our round up by heading North, where Cambridge City were entertaining Dereham Town. Both sides had started the campaign well, City by winning a tricky match at Tilbury, the Magpies by holding highly-fancied Aveley at Aldiss Park after first going two-nil up- and Dereham started well once more, Shaun Wones grabbing his second of the campaign to send them into the interval ahead. The lead didn’t last, however, and in the fifty eighth minute another player got his second of the season. This time it was Adam Watkins, and it was the final goal of the match.

The point sees City into eighth place, whilst the Magpies are thirteenth.

Next up we’ve two FA Cup matches on Friday evening, before a mixture of Premier Division and FA Cup games over the weekend. See the entire fixture list here.

 Cray capture a couple of centre-backs! Wands bring in a defensive duo